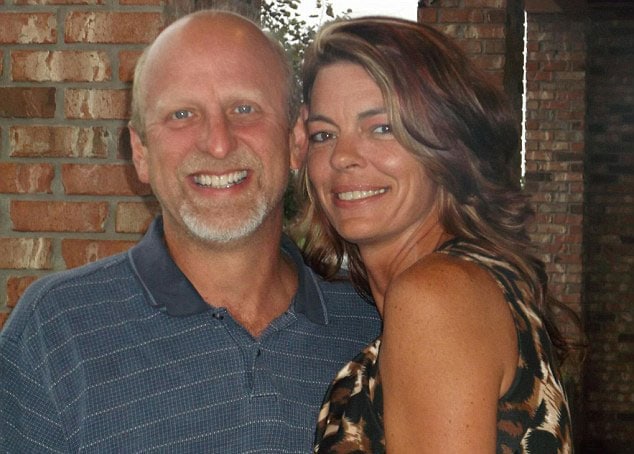 The family of Steve Utash, pictured here with his wife Starr, says that he has no medical insurance. (Photo credit: Facebook)

When a retired Detroit nurse witnessed an angry mob beating a man last week, she didn’t simply turn away. Instead, she grabbed her gun, placed it in her coat pocket and went to intervene, which quite possibly saved the man’s life.

Steve Utash was driving down the street in his pick-up truck last Wednesday when 10-year-old David Harris stepped off of the curb and into the street. Utash accidentally struck the child with his vehicle, but when he stopped and got out to help him, as a local Fox affiliate reported, things quickly went from bad to worse.

About 10 to 12 people immediately surrounded Utash and began to beat him, while dozens of others stood by and watched.

But Deborah Hughes, who lives across the street from where the incident occurred, witnessed the events and wasn’t about to just do nothing. Hughes grabbed her handgun and went to help Utash.

“Always when I see a crowd like that and stuff like that I put my gun in my jacket pocket and I go to see what’s going on,” Hughes explained.

“I go over there and I say, ‘Don’t nobody else hit him. Don’t put your hands on him. Leave him alone!” And everybody backed up and let me go to work on your dad,” Hughes told Utash’s son, Joe a week after the brutal attack.

Utash had already suffered massive injuries and was unconscious, not moving, not doing anything, when Hughes came to his aid.

“I laid over the top of him, I put my arms around him and I said, ‘You are safe. Nobody’s going to hurt you no more,’” Hughes recalled.

After working with him for a short time, Utash woke up for just a moment and had only one thing to say.

Utash, who does not have medical insurance, was taken to a local hospital where he remains in critical condition and is currently in a medically-induced coma. A website has been set up to collect donations for his medical bills and in less than a week over $150,000 in donations have poured in.

Hughes is being called an “Angel of Mercy” and a hero.

“Just her presence, offering aid to this gentleman, may have saved his life,” said Detroit Police Chief James Craig, who went to Hughes’ home to thank her personally for her brave actions.

Five people are now in custody for the brutal beating of Utash. Charges include assault with intent to murder and assault with intent to do great bodily harm. One of the suspects, an unnamed 16-year-old, has also been charged with ethnic intimidation. According to a statement released by Wayne County Prosecutor Kym Worthy, there is not sufficient evidence to charge the remaining four suspects with ethnic intimidation. However, the investigation is ongoing.

And as for the boy who Utash accidentally hit, he is recovering from a broken leg and said to be just fine.

After reviewing surveillance video which captured the entire incident, authorities determined that Utash never had a chance to stop the vehicle and it was indeed an accident.