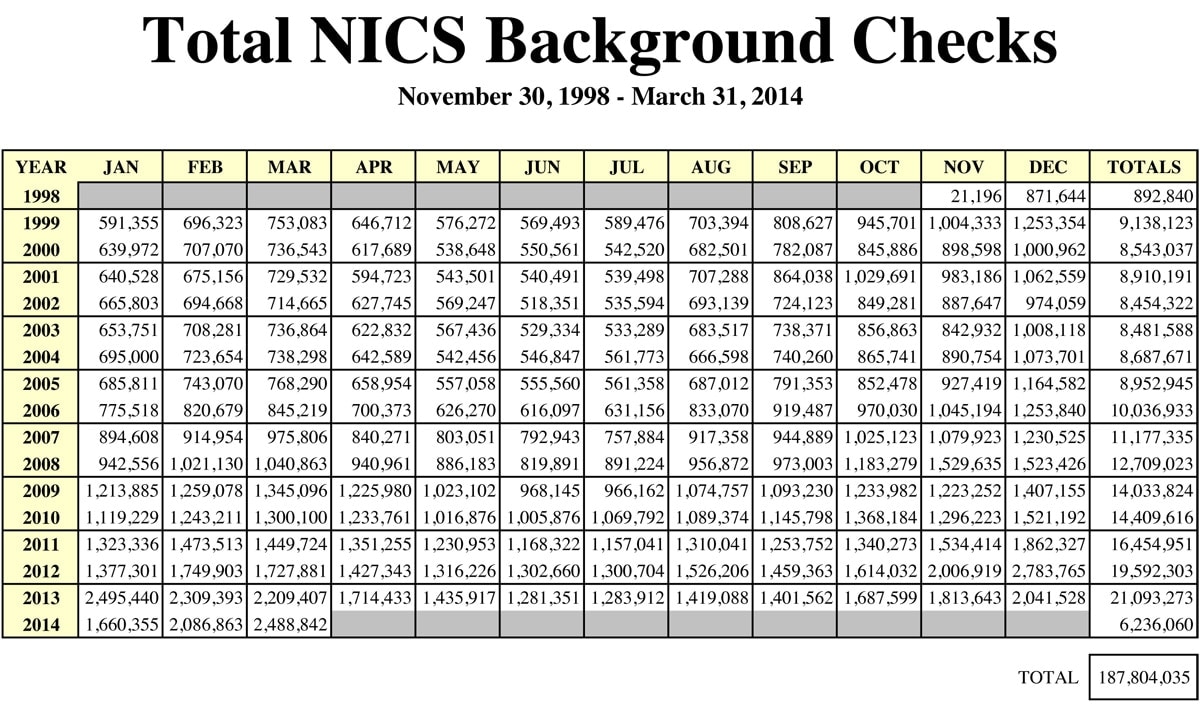 The FBI released last month’s firearm background check numbers and it was the biggest March in the National Instant Criminal Background Check system’s history, and the third biggest month overall — until it’s adjusted that is.

Additionally, March 2014 had three of the 10 highest number of checks in a single day, and the first two weeks of the month ranked in the top 10 for highest weeks for gun background checks.

However, if the raw number is adjusted by subtracting out NICS purpose code permit checks used by several states such as Connecticut, Illinois and Utah for CCW permit application checks as well as checks on active CCW permit databases, it actually becomes the second highest March in NICS history, according to the National Shooting Sports Foundation, the industry’s lobby.

The major difference between the raw and the adjusted figure is North Carolina, which saw a spike in background checks due to concealed carry permit applications, according to the NSSF. 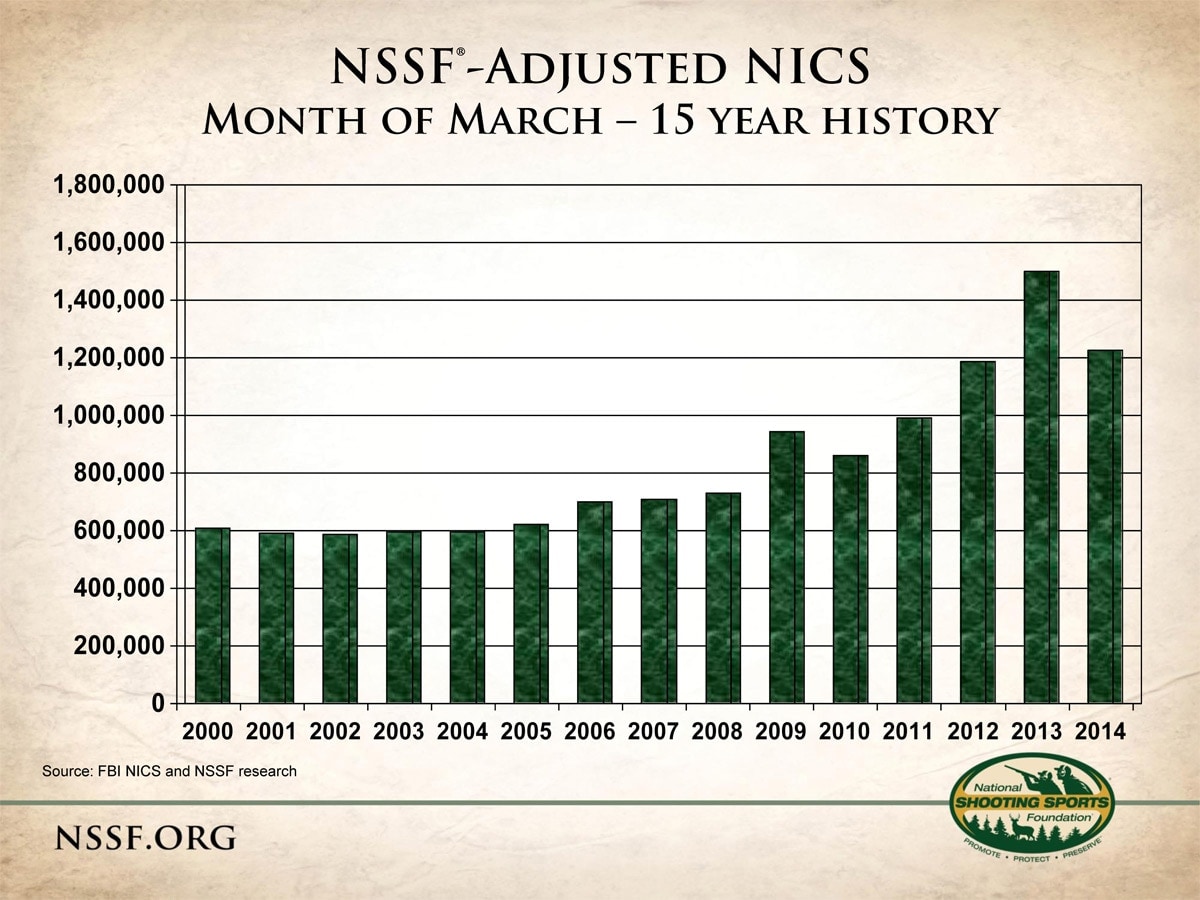 The Tar Heel State had 541,978 firearm background checks, which essentially doubled from February and increased by about half a million from the start of the year.

The total number of background checks does not equate to total number of guns sold, but the figure, especially the adjusted figure, gives a more accurate picture of market conditions.

Federal Firearms Licensees have used NICS to determine whether a potential buyer is eligible to buy firearms or explosives since it launched in November 1998.