FBI agents seized a pair of WWI artillery shells from two teens returning from a European field trip at O’Hare International Airport Monday night. The incident reportedly put the airport on high alert until officials determined that the shells were just rusty relics.

The Transportation Security Administration discovered the ordnance in checked bags returning from a flight from London that belonged to a 16- and 17-year-old waiting for a connecting flight to Seattle.

The teens and the munitions were passed off to the FBI and after a brief investigation it was determined the shells were inert and the teens were allowed to fly back to Seattle, without their souvenirs, the Chicago Tribune reports.

TSA explosives experts examined the military relics and determined they were French 77mm artillery shells. The teens confirmed they picked up them up in France.

While the TSA permits the transport of small-arms ammunition in checked luggage, including projectiles under .75-caliber, the 77mm shells were considered contraband.

No charges were filed and the teens were allowed to continue on with their flight. 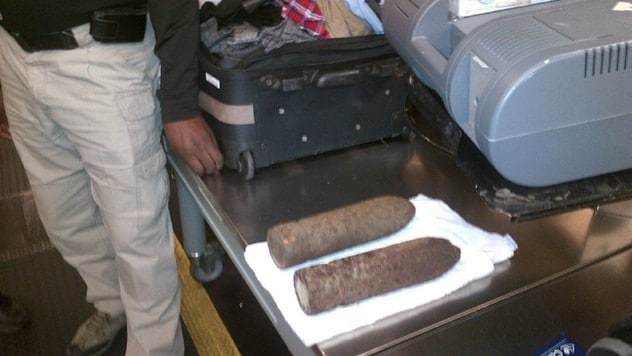 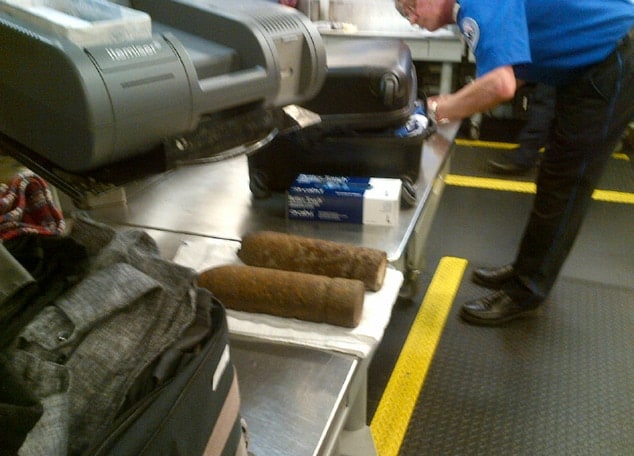 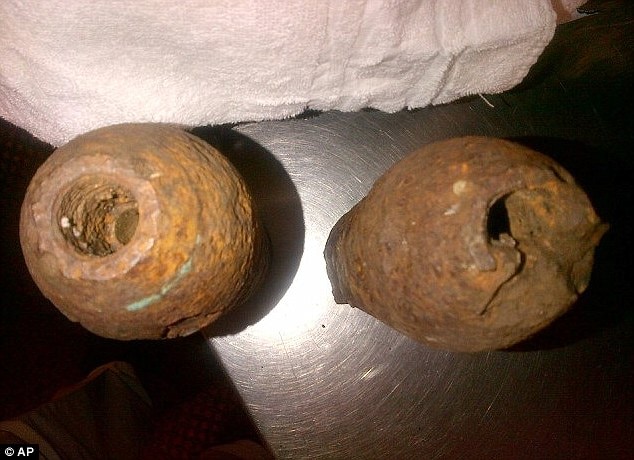 The teens were released and allowed to continue with their travels, without their souvenirs.