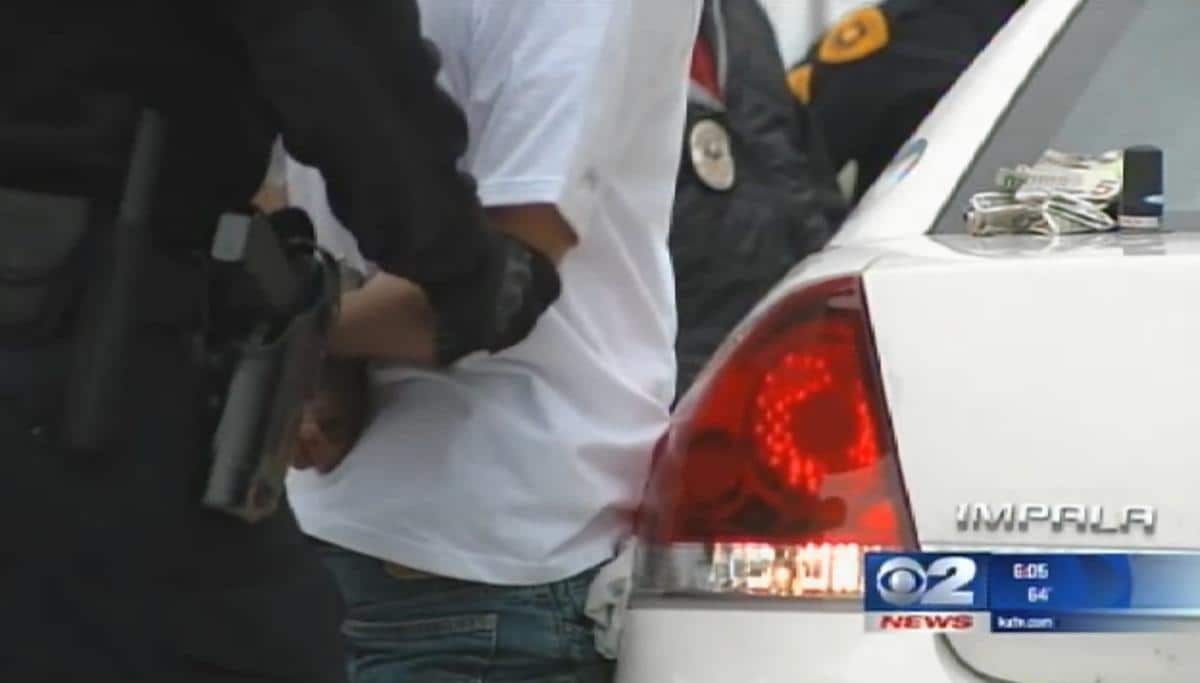 The two teens were arrested after they were found near the school, exactly where they said they would be, and in possession of a gun and fully loaded magazine. (Photo credit: KUTV)

Police say that a mother who was monitoring her son’s Facebook page may have helped to stop a planned shooting near a Salt Lake City high school and possibly saved her son’s life.

Apparently the mom had seen comments to her son from two teen boys threatening to shoot him. The mother took the comments very seriously and immediately called the school resource officer to report what she had seen.

“There were very specific threats that they were going to go the high school and shoot her son,” Salt Lake police detective Greg Wilking told KUTV.

In addition, there were two letters written on the hand holding the gun in the Instagram photo. Those letters were believed to be gang-related.

Using the information provided by the boy’s mother, two Salt Lake City police officers who were assigned to the high school searched the surrounding area for the teen suspects, who were not students at the school. Just after 2 p.m., officers found the teens parked in a vehicle exactly where they said they were going to be.

During a search of the vehicle, officers recovered a gun, a loaded magazine, large amounts of money, marijuana and a bong. The two teens, ages 16 and 17, were taken into custody and now face various charges.

Although he does not know for sure, Wilking said he believes the teens were waiting for the boy to walk by after school. Authorities do not know the motivation behind the planned shooting, but have reasons to believe that it may be gang-related.

Salt Lake City School District spokesman Jason Olsen said they encourage parents and others to report any type of activity which they believe to be suspicious.

Wilking pointed out that anyone who had access to the boy’s Facebook page – friends, family, fellow students – could have seen those same threats, but his mother was the only one who reported them.

“Mom obviously was monitoring social media and did the right thing by calling us,” Wilking said. “She saw something on there that concerned her and took it seriously, and that’s what parents need to be doing, is paying attention to the social media that their children are involved with.”