Vietnam vet treats his PTSD by with 'nudist therapy’ (VIDEO)

A Vietnam veteran who has been diagnosed with post-traumatic stress disorder has found solace not in counseling or medication, but by living in a clothing-optional community in Lutz, Florida.

Max Sanchez says his time in the Army is something he’d rather forget. He suffers from PTSD and while he sometimes sees a therapist, he says that doesn’t always help. But Sanchez finds peace by living at the Fountains at Paradise Lakes, a clothing-optional community filled with other like-minded veterans, WTSP reports. 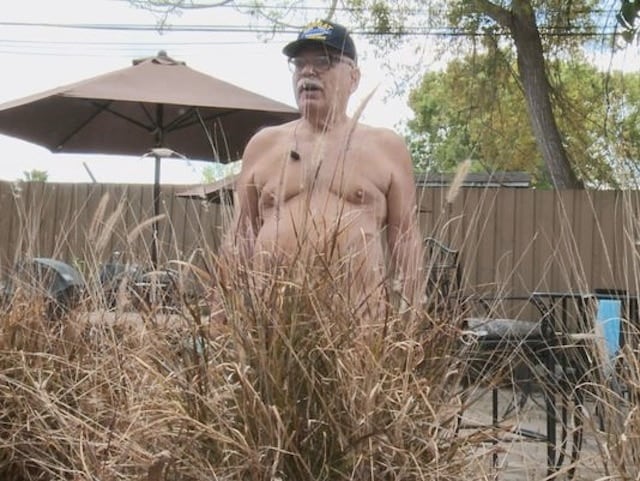 Max Sanchez relieves his PTSD by living in a clothing-optional community.

Sanchez realizes he “can’t change what happened,” and that there were parts of his four and a half years of service that “were good, and things that were bad.” He even has an expansive collection of books, movies and photos that focus on war. But sometimes he gets overwhelmed and angry, and that’s when going bare really helps.

“When you think you have a problem and you start thinking about it, it manifests and it starts getting worse,” Sanchez said. “I don’t want to be violent. I don’t want to be angry.” So Sanchez strips down and “forgets about the whole world.”

While finding peace through nudity works for Sanchez, he understands a clothing-optional community isn’t the answer for every veteran with PTSD.

“Would it be helpful for everybody? No, for many reasons,” says Sanchez. “Anything you find that works is what’s important.”