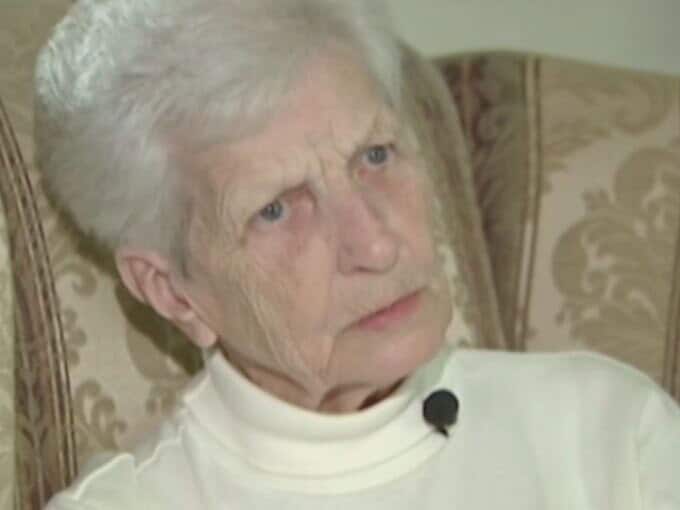 The lesson Ruby said she learned that day: “I won’t open the door again, I don’t care how much I think I know someone.” (Photo credit: WLWT)

A young man planning to rob an elderly Ohio couple at knife point Monday quickly discovered that not only did the 92-year-old and his 89-year-old wife refuse to be victims of his scheme, but they were quite a force to be reckoned with.

According to local media, Robert Kelly lived in the Springfield Township neighborhood and had regularly done odd jobs like cutting the grass and shoveling snow for the couple in the past. So they didn’t think it was particularly out of the ordinary when he showed up asking to use their phone.

“I was so proud of him when he told me he was going to college. I thought that was great and let him come in and use the phone,” Ruby Mathis told reporters.

After letting Kelly in the house, Ruby went on about her business as usual. But then something unexpected happened.

“They were talking real low, and I came in to see what it was and when I did he was standing in front of Hugh with a knife saying, ‘Give me the money out of your pocket.’ So when I heard that I ran to the bedroom and got the gun,” Ruby recalled. 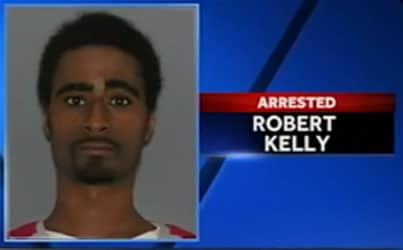 Robert Kelly thought that the elderly couple would be an easy target. (Photo credit: WLWT)

“He stuck the knife out there and said, ‘Give me your money,’ and I said, ‘You go to hell!’” Hugh said with a chuckle.

But the elderly World War II vet did not take kindly to Kelly’s demands and had no intention of handing anything over to him.

“I was getting up to get a club and then I was going to work him over real good,” Hugh said.

Kelly ran out of the door and was arrested a short time later. He now faces three counts of aggravated robbery with a bond set at $1.5 million.

Neighborhood residents were shocked and disgusted to hear about the incident and couldn’t believe that anyone – much less Kelly – would act in such a way towards the couple, who have lived in the same house for more than 50 years.

Nonetheless, the elderly couple proved that they were capable of handling a would-be robber, even one armed with a knife and four times younger than them.