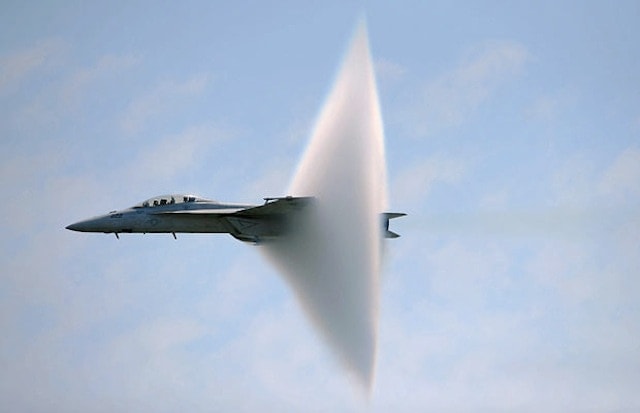 Many of the L.A. populace mistook a supersonic Navy flight for an earthquake.

Many of the Los Angeles populace mistook a supersonic Navy flight for an earthquake Wednesday.

A U.S. Navy aircraft broke the sound barrier over Orange County and the sonic boom was mistaken for an earthquake. The flight departed from the USS Ronald Reagan, which was stationed nearly 50 miles off the coast, and the reverberations from the supersonic flight were felt from Malibu to Orange County, L.A. Times reports.

Caltech seismologists confirmed there was no seismic activity, but many were convinced the shock waves from the aircraft were an earthquake.

“It was really just a short, sharp jolt,” said Kit Fox, who works at Rancho Palos Verdes City Hall, “I think the shaking went on for about three to five seconds at most, but it definitely rattled people.”

Navy Commander Kevin Stephens said this wasn’t the first time supersonic flight caused confusion, stating that in 2012 a similar even took place and “pretty much all of San Diego felt it.”

Another witness, Scott Conner, believed he was experiencing the most severe quake of his lifetime.

“I thought it was the biggest quake I’ve ever been in,” Conner said. “This thing was big, big. The whole house just lifted.”