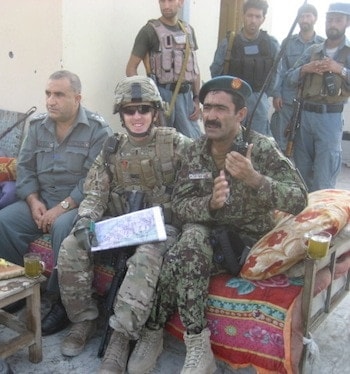 In the wake of a mass shooting like the recent one at Fort Hood, we often hear from folks who reflexively say, “Our mental health care system in this country needs improvement, we need to do more to address those who suffer from various mental health disorders.”

Nearly everyone agrees with the sentiment that “we need to do more,” however, the problem is that’s typically where the conversation ends. It seems that everyone’s in favor of doing more, but no one has any idea what that entails, where we should begin or the long-term objectives that need to be realized.

Well, enter Colby Krug, a U.S. Army Officer, also an Iraq-Afghanistan combat veteran, who openly re-addressed the issue in a Facebook post sparked by news that his college buddy, a fellow ROTC cadet at St. Bonaventure University, Major Patrick Miller, was a victim in this most recent mass shooting at Fort Hood.

In the Facebook post, Krug cited a memorandum he wrote as part of his application to a fellowship program, approximately one year ago, in which he was tasked with addressing an issue in the country that needs to be changed.

Krug chose mental illness, not only because he was disturbed by the 2012 mass shooting at Sandy Hook Elementary School, as so many Americans were, but because his own mother lost her battle with mental illness 10 years ago.

Krug also observed a pattern with mass shootings, the individual responsible for the tragedy more often obtained a weapon legally, as in the case of Fort Hood, yet fell into the 5 percent of Americans who struggle with mental illness.

Krug believes part of the solution lies in improving and expanding outpatient treatment centers for all of our mentally ill so that they receive competent care and the criteria for this expanded care is easier to meet than the ‘imminent dangerousness’ standard often required for inpatient commitment.

“I have personally observed this form of care work for Soldiers diagnosed with Post Traumatic Stress Disorder in the military because it doesn’t give them the stigma of being committed to an inpatient facility and allows them to continue to be a part of the community,” he observed.

Furthermore, Krug recommends putting mental health care professionals in our nation’s high schools so that they are permitted “to detect mental illness that may be manifesting itself in the students.” 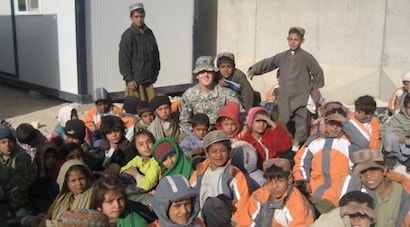 “This will give parents an experienced and educated professional to go to for advice if they are experiencing a problem with their child’s behavior and also the professional will be able to assist the parent with enrolling their child in a program such as advanced outpatient treatment,” Krug wrote.

Another suggestion Krug has is to allow parents to maintain guardianship of their mentally ill son or daughter until the age of 25, as opposed to 18.

“Studies have shown that more than 75 percent of people who develop a serious mental illness have their first episode before the age of 25,” Krug explained. “So if a troubled teen is earmarked by a high school psychiatrist as suffering from a mental illness, then his or her parents automatically extend their legal guardianship until age 25, which helps resolve the case of involuntary commitment to an inpatient facility, HIPAA compliance violations and taking away an individual’s rights.”

Lastly, Krug wants Americans to recognize that the fight against mental illness is ongoing, that it’s “not going to go away on its own,” and that we need to be more comfortable discussing the subject as a society.

While Krug is not a mental health expert, his life experience — as the son of a mother who struggled with mental illness, as a combat veteran exposed to the trauma and stress of war, as a husband and a father with young children — gives him invaluable insight on the subject.

If we’re going to have meaningful dialogue on how to address mental illness, a great place to start is by allowing those brave men and women who have served this country overseas to tell us their stories.

In addition to Krug’s post, another active duty solider who was stationed at Fort Hood during the shooting wrote an open letter about the need to put an end to gun-free zones on military bases.

With these constructive suggestions coming from our troops we can only hope that our policymakers in D.C. are listening.

To learn more about CPT Krug or to follow his other writing, you can check out his LinkedIn profile.