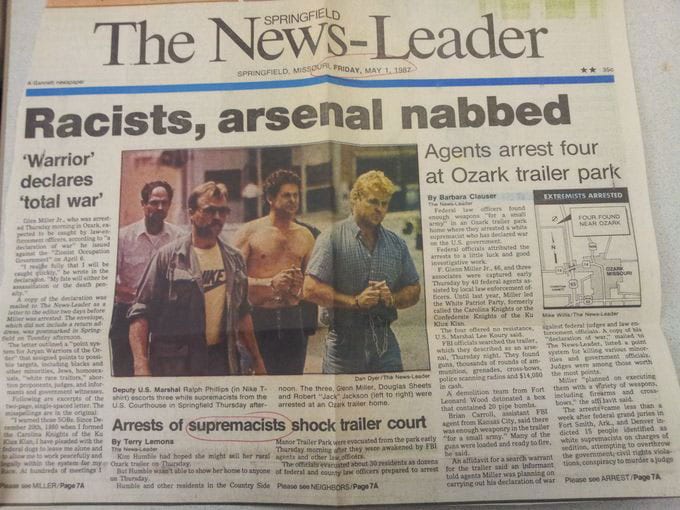 This isn’t the first time Frazier Glenn Cross, also known as Frazier Glenn Miller, has made headlines due to his extreme beliefs. (Photo credit: The Springfield News-Leader)

Multiple sources reported that Frazier Glenn Cross opened fired in the parking lot of a Jewish community center around 1 o’clock Sunday afternoon. The center was filled with teenagers and other young people participating in a singing contest and other activities the day before the Jewish festival of Passover began.

Two were killed at the community center and were later identified as Dr. William Lewis Corporon and his 14-year-old grandson, Reat Griffin Underwood. Corporon was pronounced dead at the scene and Underwood later after being transported to a local hospital.

Within minutes of firing the first shots, Cross then drove to a nearby Jewish retirement community to claim yet another victim, an elderly woman.

However, none of the three victims were Jewish.

Apparently Cross fired a total of five shots from at least one shotgun. Authorities are investigating whether any other weapons were used.

Cross, who is better known as Frazier Glenn Miller, is a well-known white supremacist and a former “grand dragon” in the Ku Klux Klan with a long racist and hate-filled history.

Heidi Beirich of the Southern Poverty Law Center, which tracks various hate groups, told reporters, “We have been tracking Miller literally for decades. He is literally one of the most hardcore anti-Semites I have ever spoken to.” 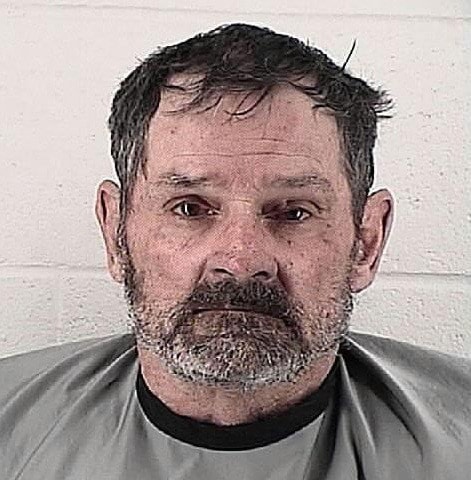 Miller didn’t seem the least bit apologetic as he sat in the back of the police car following the shooting.

In fact, Miller became the focus of a nationwide manhunt in 1987. When eventually found, he was in possession of an assortment of firearms and other weapons, thousands of rounds of ammunition, police radios and nearly $15,000 in cash. Authorities said he had enough guns and ammo for a “small army.” A demolition team detonated a box containing 20 pipe bombs as well.

Additionally, Miller also had a “points system” for killing various minorities and government officials. Miller had declared an all-out war against federal judges and law enforcement officials. Judges carried the largest number of “points” if executed.

However, after pleading guilty to weapons charges and threatening communications charges, Miller’s sentence was reduced to just 3 years after he testified against over a dozen other white supremacist leaders in an Arkansas sedition trial, a move which landed him to be known by some in the white supremacist community as a “Federal Informant, White Race Traitor.”

Over the years Miller has been anything but quiet about his beliefs, penning books and newsletters, even writing letters to local newspapers, spewing public hatred towards his “formidable enemies” and the “children of Satan.”

But even after serving time in prison and remaining on the radar for decades, the fact that he was a convicted felon didn’t stop Miller from possessing a firearm or any other weapon and using it to carry out his hate-filled plans.

Now, given Miller’s history, yesterday’s shooting is being investigated as a hate crime.  There was no indication that he knew any of his victims.

And as he sat handcuffed in the back of a police car Sunday, Miller simply smiled and yelled towards news crews, “Heil Hitler.”