Another bloody weekend in Chicago: 36 shot in 36 hours (VIDEO) 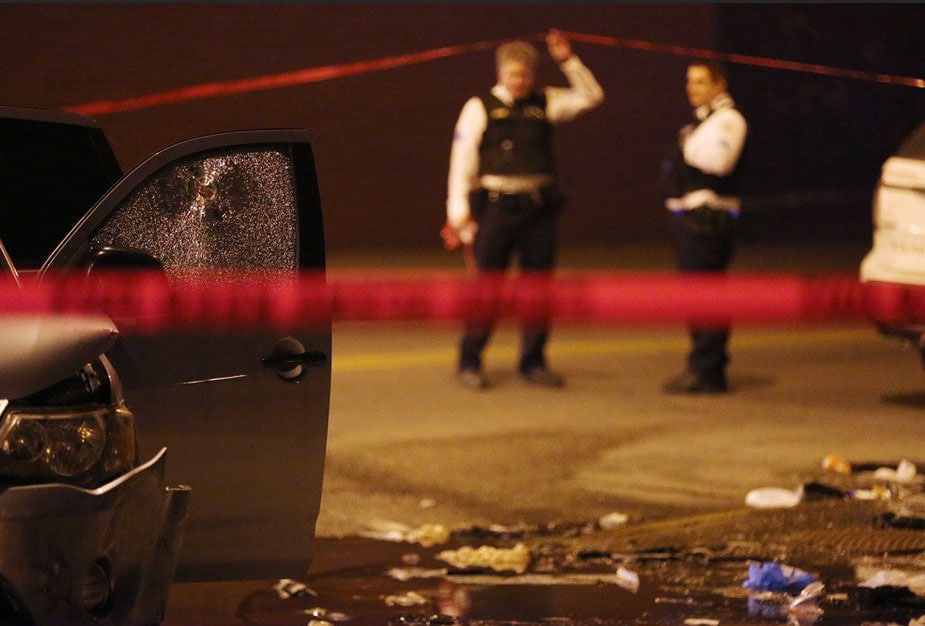 A 28-year-old mother of two was shot in the head while in her car. Her father says it’s being investigated as gang-related, but she had no gang affiliations. (Photo credit: The Chicago Tribune)

In yet another violent weekend in Chicago, police responded to at least 27 incidents over a 36-hour span. Thirty-six victims were shot, four of them fatally, the Chicago Tribune reported.

The mayhem started Friday afternoon around 3:30 p.m. with a shooting that left 17-year-old Gakirah Barnes dead and two others wounded.

“This is something that has become all too normal to everybody, and it needs to stop,” Barnes’ mother, Shontell Brown, told the newspaper in a phone interview. “We need to come together as a community and just unite to get our children and our streets back.”

Barnes was distantly related to 13-year-old Tyquan Tyler, who was shot to death in June 2012. Brown said the two were close, so close that she referred to Tyler as Barnes’ brother. And according to Brown, since Tyler’s death the streets of Chicago have not become any safer. She says it’s “an ongoing war.”

Although criminologists have acknowledged in the past that the warmer weather often attributes to an increase in crime, Chicago Police Department spokesman Adam Collins refused to comment on whether he thought the 80-degree weather – the warmest it’s been all year – was a contributing factor to the weekend violence.

Instead, Collins, while he admitted that the city has seen a reduction in crime, said, “We continue to be challenged by lax state and federal gun laws.” Adding, “No one will rest until everyone in Chicago enjoys the same sense of safety.”

But not everyone believes that it’s just the so-called lax guns laws feeding the violence in Chicago. 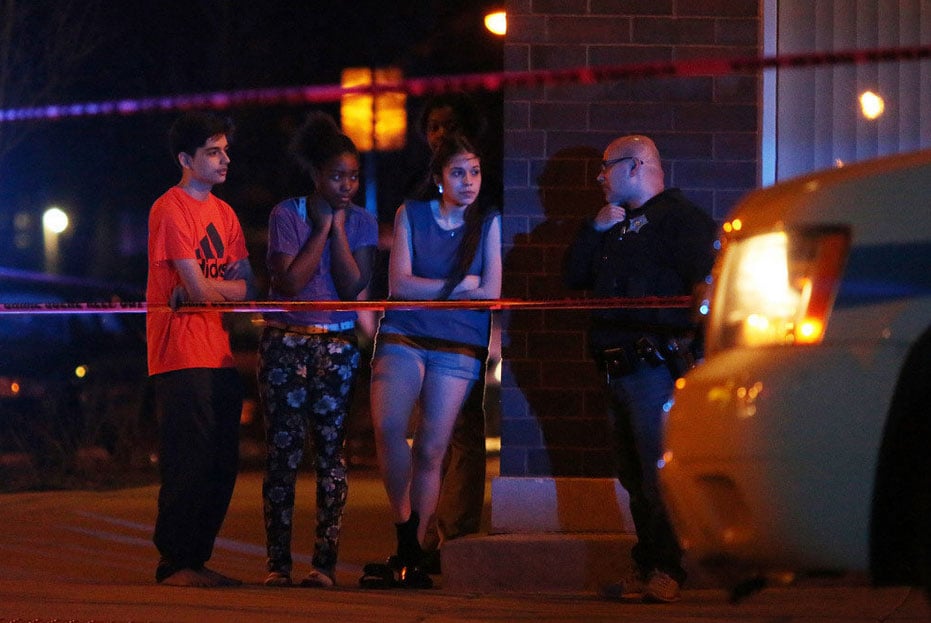 The youngest victim of the weekend violence was 16-years-old and the only suspect in custody is just a year older. (Photo credit: The Chicago Tribune)

The father of 28-year-old Jasmine Martinez, who was shot and killed in her car over the weekend, said authorities are investigating her murder as gang-related. “My daughter had no ties to a gang,” he said.

The father of Martinez’s two children told reporters, “We mind our business every day. We have two kids. We’re happy with life, and then here it comes, this right here.”

And with 36 additional shootings on the city’s books, police have arrested only one suspect, 17-year-old Angel Jara, who fatally shot 20-year-old Joshua Martinez early Sunday morning.

Apparently the two, who were reported to be fellow gang members, had become engaged in an argument over money. When Jara walked inside his home, Martinez waited outside, thinking that Jara was going to retrieve the money. But instead, Jara walked out with a .40-caliber handgun and shot Martinez on the front steps as several witnesses looked on.

The scene quickly filled with Martinez’s friends and family, but all refused to talked with reporters.

Jara is now facing murder charges after being sentenced to a five-year probation in August for aggravated discharge of a firearm.