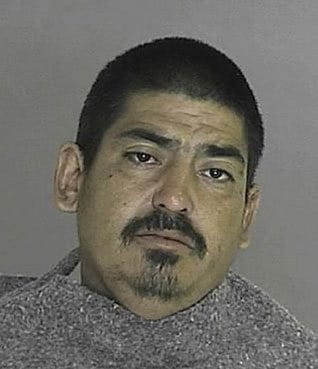 Police believe Robert Trevino may have been involved in a previous burglary at the same store and that burglary may have been part of the reason why the owner was in the store so early Monday morning.

A burglar caught red-handed was shot and killed by a jewelry store owner in Elgin, Texas, about 25 miles outside of Austin, early Monday morning, a local Fox affiliate reported.

Police say that 41-year-old Robert Trevino broke into the store just before 1 a.m. using a hammer to shatter the glass in the front door, then smashing the jewelry-filled display cases. But what Trevino didn’t know was that the store owner, Juan Torres, happened to be in a back room of the store.

When Torres heard the commotion, he went to the front of the store, armed with a 12-gauge shotgun. What happened next was caught on the store’s video surveillance and is being reviewed by authorities as part of the investigation.

“The suspect turned toward the owner, had something in his hand that we later found out was a hammer, and the owner shot the suspect one time, killing him instantly,” said Elgin police Chief Chris Bratton.

Torres then made his way outside where Trevino’s truck was parked with two accomplices waiting inside. The store owner fired several shots at the vehicle and although the two women, 48-year-old Sulema Sanchez and 37-year-old Amanda Yanes, were not shot they were treated for minor injuries resulting from shattered glass.

Trevino, who was struck in the neck, was pronounced dead at the scene. Sanchez and Yanes were arrested and remain in police custody.

All three had prior criminal histories. Trevino, who was known by the street name “Rooster,” had a history of evading arrest, assault, aggravated assault with a deadly weapon, and burglary.

However, Trevino’s cousin, Debra Trevino claims that detectives never spoke with him about the prior burglary and she does not believe he was involved. She also believes that Torres’ use of force was excessive.

“It’s devastating,” she said. “I understand you have the right to protect your property, but give me a break … killing him was overkill. He would have laid down and given up, if he had the chance.”

Although authorities would not allow the media to see Trevino’s truck, his cousin claims that a tire was blown out, the windshield shot out and it had several bullet holes peppered throughout.

It’s unclear at this point if Torres will face any charges for opening fire on the truck outside of his business. However, according to Bratton, “The law is pretty clear. If you’re burglarized at night you’re allowed to use whatever force is necessary to protect your property and your life. So, I think the castle doctrine applies for the business if you’re the owner.”