On the heels of the Fort Hood shootings, and at a Jewish Community Center near Kansas City, Attorney General Eric Holder is asking Congress to cut a $15 million check to fund ‘active shooter’ training for law enforcement officers around the country.

“In the face of this urgent and growing threat – when the lives of innocent people are at stake – those who stand on the front lines need our full and unwavering support,” Holder said in a video message posted Tuesday on the DOJ’s website.

“This critical funding would help the Justice Department ensure that America’s police officers have the tools and guidance they need to effectively respond to active shooter incidents whenever and wherever they arise” he continued.

Holder argued that funding to train rank-and-file officers is necessary because they are often the one’s who arrive to the scene first, well before the more highly-trained, crime-fighting operatives.

“…We must also be prepared to respond quickly and effectively to active shooter incidents if and when they do occur. And in today’s world, the first response must often be led not by SWAT teams or specialized police units – but by the very first patrol officers to arrive on the scene,” explained Holder.

“That’s why all law enforcement officers must have the best equipment and most up-to-date training to confront these situations – to stop active shooters in their tracks, to protect themselves, and to save innocent lives,” the Attorney General added. 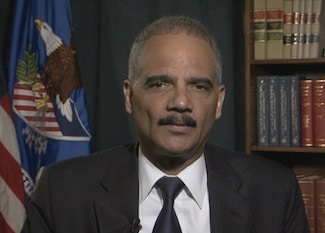 While enhancing training for law enforcement to address a gunmen hell bent on taking the lives of innocents is a worthy endeavor, one can argue that when seconds count even first responders are minutes away, thus leaving citizens with the responsibility to protect themselves.

Unfortunately, Holder doesn’t address this very real and logical extension of his argument. Before police even get there, potential victims will have an opportunity to engage the shooter. Should they be allowed to exercise their Constitutional right to keep and bear arms for self-defense outside the home, they may be able to save lives and thwart a potential mass killing.

However, should potential victims find themselves in a ‘gun-free’ zone, like Fort Hood, they will be forced to confront the shooter unarmed and essentially defenseless.

Responding to an active shooter situation should not be an exercise that’s only reserved for the military or law enforcement, but should be something that everyone who is willing, able and law-abiding participates in.

To its credit, the Obama administration has made strides to make sure we’re better prepared to deal with these gun-totting maniacs, including appropriating money to put resource officers in schools around the country and, now, with this push to expand training for law enforcement, but it shouldn’t stop short of the larger goal of complete societal preparedness.

To finish the job, both Holder and Obama should fully embrace concealed carry and put an end to ‘gun-free’ zones on military bases, in government buildings and on federal land.  Though, given their lackluster endorsement of gun rights, we shouldn’t expect it to happen anytime soon.