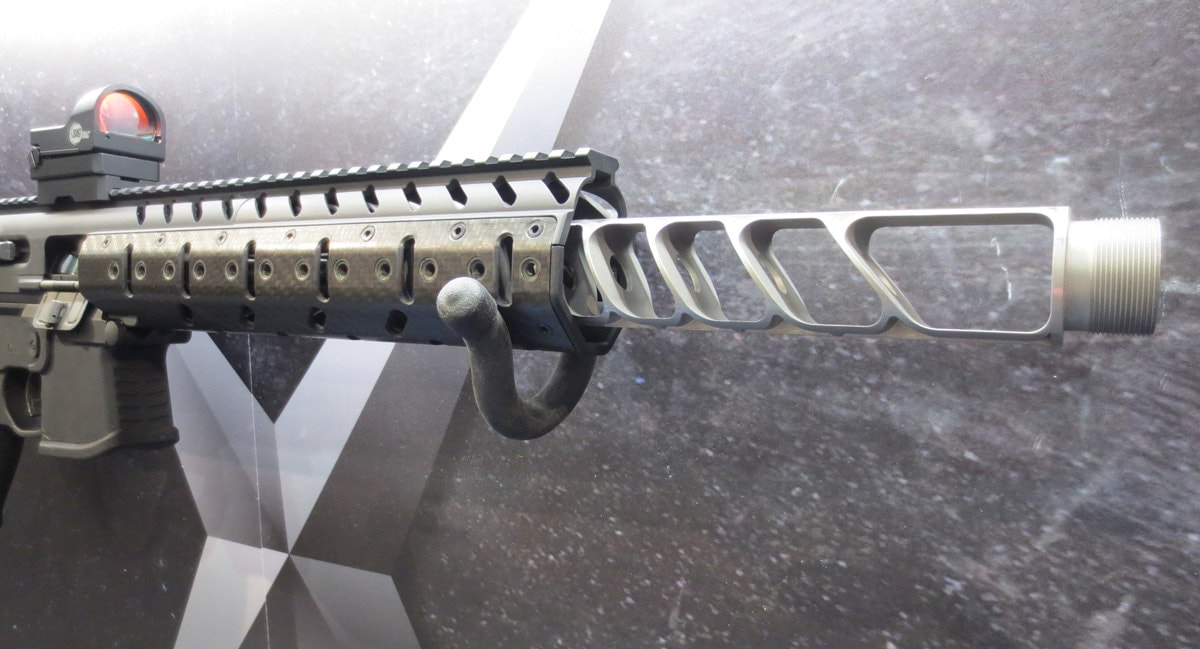 Gun maker SIG Sauer filed suit against the Bureau of Alcohol, Tobacco, Firearms and Explosives last week challenging what it considers an inaccurate ruling on its product.

SIG claims that the ATF classified the muzzle brake designed for the SIG MPX as a silencer even though it will not “silence, muffle or diminish” the sound of a gunshot, according to court documents.

“The device is designed and intended to reduce the felt recoil of the firearm by directing the propellant gases perpendicular to the axis of the bore,” SIG argues.

The company introduced the MPX in January 2013 at the Shooting Hunting Outdoor Trade show along with a line of silencers and silencer-ready firearms, meaning they’re equipped with threaded barrels. But the MPX was a bit more advanced.

Unlike SIG’s other new products for 2013, the MPX is equipped with a 9 1/2 inch muzzle brake welded onto a 6 1/2-inch barrel, putting the overall length at 16 inches, which is compliant with ATF regulations dictated by the Gun Control Act. However, the muzzle brake can double as the internal components for a silencer. The only variable missing from turning the muzzle brake into an integral silencer is a cover. And that latter detail is the basis for the ATF’s classification.

(This video shows how SIG Sauer marketed the SIG MPX and its muzzle brake at SHOT 2013. The rep describes the silencer around 1:50.)

“The submitted item is designed and constructed as a silencer component commonly referred to as a ‘monolithic baffle stack,'” Earl Griffin, chief of the Firearms Technology Branch for the ATF, wrote SIG in August 2013. “A monolithic baffle stack is a silencer core that replaces traditional individual baffle and spacer parts with a solid unit that may contain a series of baffles, spacers, ports, or expansion chambers. Welding it to a barrel does not change its design characteristics or function.”

Griffin continued, “Based on the findings reviewed above, the FTB examination has determined that the submitted sample is a part intended only for use in the assembly or fabrication of a silencer and, therefore, is a silencer … Hence, it is subject to regulation under both GCA and (National Firearms Act) provisions.”

A few months later in December, SIG appealed the FTB’s conclusion with a series of internal tests.

For the first test, SIG measured the decibel level of a SIG rifle, in compliance with ATF regulation, with the muzzle brake attached. SIG determined that the muzzle actually amplifies, rather than diminishes, the report of the firearm.

The second test measured the recoil and determined that the muzzle brake did in fact reduce muzzle rise and felt recoil, much like SIG suggested. 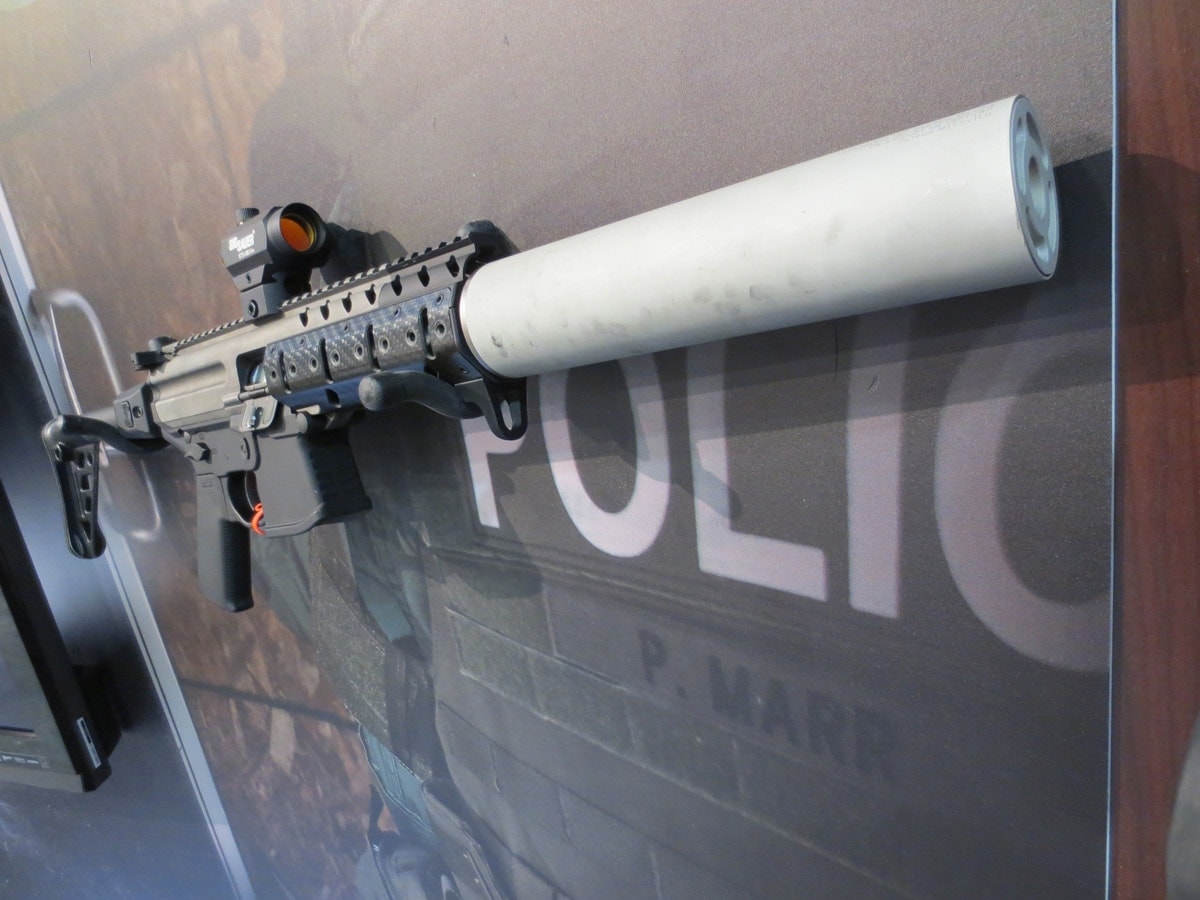 The law enforcement model of the SIG MPX with a cover over the muzzle device on display at SHOT Show 2013. (Photo by Daniel Terrill)

The third test explored the law and provided numerous examples from other companies that SIG claims are similar concepts to its muzzle brake, but they have ATF approval.

Griffin responded in February and reiterated the ATF’s earlier points. “We appreciate your further inquiry, but find no reason to amend our earlier findings.”

SIG’s attorneys argue that classifying the muzzle brake as a silencer will cause the company to suffer “economic injury” because the device cannot be marketed as a silencer because of the aforementioned details.

Additionally, the classification adds burdensome bureaucratic hurdles and fees for ownership and in turn drive potential customers aways because, as the document iterates, the device is not a silencer.

The ATF, and Attorney General Eric Holder, has 60 days from April 15 to reply to the lawsuit.