Mom’s Demand Action, which has partnered with Bloomberg’s Mayors Against Illegal Guns program, announced in a press release the new “Everytown for Gun Safety” organization.

“Everytown is a movement of moms, teachers, survivors, gun owners, mayors, faith leaders, law enforcement officials and other responsible citizens who believe we can do much more to keep our families and communities safe from gun violence,” the group said in the statement.

The group plans  to become a nemesis to the National Rifle Association and other gun-rights groups, stating, “For the first time in history, Americans from all walks of life will mobilize to create a counterweight to the gun lobby and fight for common-sense gun laws at the federal, state and local level.”

The goals of the group, according to the release, state plainly that, “Everytown will address issues like background checks, domestic violence, suicide prevention and safe storage of guns: the first video from Everytown shows why every parent needs to be concerned about safe storage.”

The signs that the change is more than just rhetoric are already being seen.

The MAIG website address (www.maig.org) now points to Everytown.org, whose preamble asks, “Are your children safe?” and claims that 1.5 million have “joined the movement.”

To join, all one has to do is submit an email, name and zip code and then become an instant member. Joining Everytown is free, unlike the NRA’s $25-$35 membership fee, although contributions to the Bloomberg group are solicited.

Everytown has its first video message online, a 1 1/2 minute “interactive experience” featuring a young girl finding an unloaded and unsecured handgun in a closet during a game of hide-and-seek.

Switching attention from the ailing Mayors group, which has been publicly shedding members, to a larger grassroots-based organization, Bloomberg could be reinventing the gun-control playbook.

The Americans for Responsible Solutions Political Action Committee created by former congresswoman Gabrielle Giffords and her husband alone raised more than $2.5 million in the first three months of this year. That group, like Everytown, has vowed to push for expanded background checks, and has accepted donations from 31,000 contributors who average $68 per contribution.

However, Everytown is getting a huge influx from Bloomberg’s own pockets.

In an interview with the New York Times on April 15 — the same day that statewide registration of ‘assault weapons’ went into effect in the Empire State — the former mayor was candid about his funding of the new group.

When asked how much he was willing to spend, he tossed out the $50 million figure out as if he were describing the tip he left on a restaurant check.

“I put $50 million this year, last year into coal, $53 million into oceans,” he [Bloomberg] said with a shrug, describing his clean energy and sustainable fishing initiatives. “Certainly a number like that, $50 million. Let’s see what happens.”

The NRA spent nearly $20 million on federal campaign activity in 2012, which could make the prospect of a counter group with bigger pockets daunting to the gun rights organization. Founded in 1871, it claims it has more than 5 million dues-paying members. 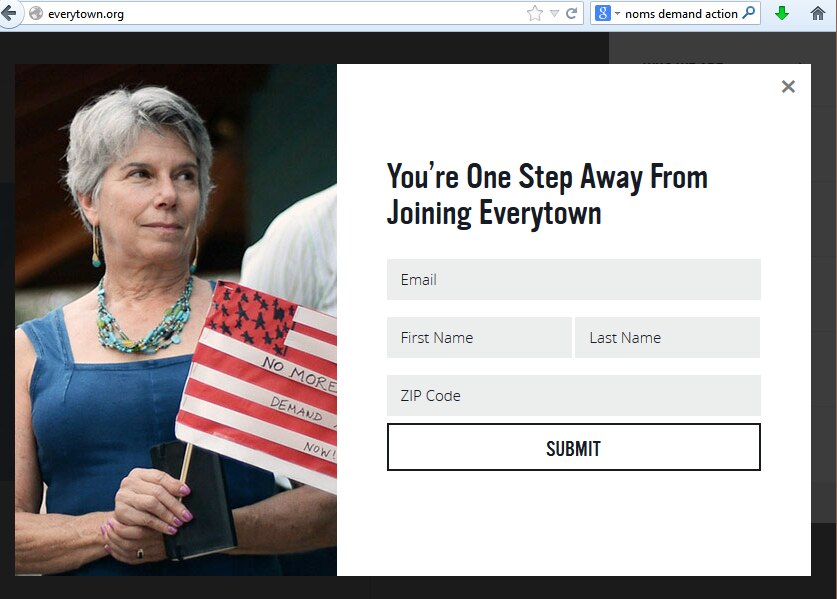 Joining the gun control group is a one-click process and the group claims some 1.5 million members already.

Everytown will zero in on 15 target states including Colorado and Washington, where gun control initiatives are threatened.

Those named to the advisory board of Everytown include billionaires Eli Broad and Warren Buffett. Broad contributed some $250,000 to help former Colorado Senate President John Morse and former Sen. Angela Giron fight recall over their support for Colorado’s magazine ban.

In the end, Bloomberg believes that his work on gun control has guaranteed his place in heaven, saying, “I am telling you if there is a God, when I get to heaven I’m not stopping to be interviewed. I am heading straight in. I have earned my place in heaven. It’s not even close.”

To this, some in the gun rights community found the new motion from Bloomberg underwhelming.

“He’s got the money to waste,” said Larry Pratt, executive director of Gun Owners of America, who dismissed the mayor’s plans. “So I guess he’s free to do so. But frankly, I think he’s going to find out why his side keeps losing.”