From the director of 'Restrepo' comes 'Korengal' (VIDEO)

Sebastian Junger, the documentarian behind the critically-acclaimed film “Restrepo,” is working on a new project, “Korengal.” A Kickstarter effort, Junger is looking for help getting the project underway.

“My goal is to release Korengal into theaters across the country, but in order to make this happen I need your help,” explains Junger on his Kickstarter page.

“Korengal” is part sequel and part expansion of the original documentary. Junger wants to deepen the connection between his audience and the Second Platoon, B Company of the U.S. Army and their lives in the Korengal Valley in Afghanistan.

Junger describes it as “Every bit as intense and affecting as Restrepo,” and that it “goes a step further in bringing the war into people’s living rooms back home.”

“Starting in June 2007, Tim Hetherington and I dug in with the men of Second Platoon, making a total of ten trips to the Korengal Valley on assignment for Vanity Fair Magazine and ABC News,” he explains. “Each trip started with a helicopter flight into the main firebase in the valley and then a two-hour foot patrol out to Restrepo. There was no running water at Restrepo, no internet, no phone communication, and for a while, there was no electricity or heat; it was essentially just sandbags and ammo. Some days the outpost was attacked three or four times from distances as close as fifty yards.

“We slept alongside the soldiers, ate with them, survived the boredom and the heat and the cold and the flies with them, went on patrol with them, and eventually came to be considered virtually part of the platoon. By the end of the deployment, Tim and I had shot a total of 150 hours of combat, boredom, humor, terror, and daily life at the outpost.” 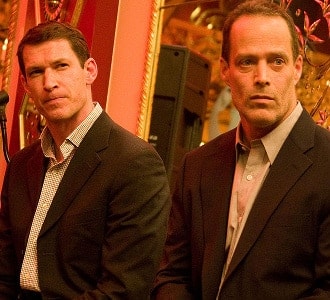 The second part of this documentary has already been filmed and edited by Junger. The Kickstarter project is to raise funds for advertising, publication, distribution and the other aspects of getting a film in theaters. Junger is looking to raise $75,000 and has already achieved more than half of his goal in just a few days.

In a sense, the film is also a memorial to Tim Hetherington, who teamed with Junger to make “Restrepo.” Hetherington was killed by Lybian forces in 2011 covering the recent Libyan Civil War. “Korengal” finishes the work the two started together in Afghanistan.

As with most Kickstarter efforts, backers of this project will be thanked in a variety of ways. People who pledge as little as $25 will be given a digital download of the film once it’s released and be given a “special thanks” on the project’s website.

Alternatively, for $25 a limited 500 backers will be given a ticket to opening night at the Sunshine Theater in New York on May 30, 2014. After the screening there will be a Q&A with Junger.

People may pledge as little as $1 or as much as $10,000 and receive anything from a “special thanks” to private screenings with the director, signed copies of the DVD, signed copies of the movie poster, limited edition T-Shirts, autographed copies of Junger’s novel “War,” the book about Junger’s time in Afghanistan and even a “once in a lifetime opportunity to take a sailing trip off Cape Cod with Sebastian Junger and Brendan O’Byrne of the 173rd Airborne, and who is featured in ‘Korengal’ and ‘Restrepo.'”

“I hope Korengal will help people understand what its like to have fought for their country and the unbelievable sacrifices our combat veterans have made,” said Junger in closing. “I appreciate you taking the time to consider this Kickstarter campaign and for your continued support and interest in my work.”

All the details of the project can be found on the Kickstarter page. 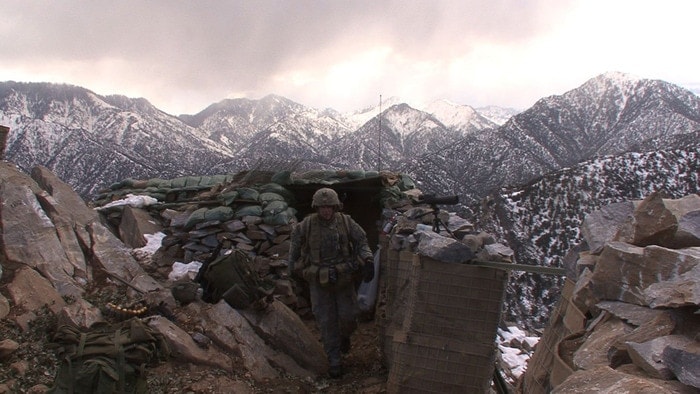