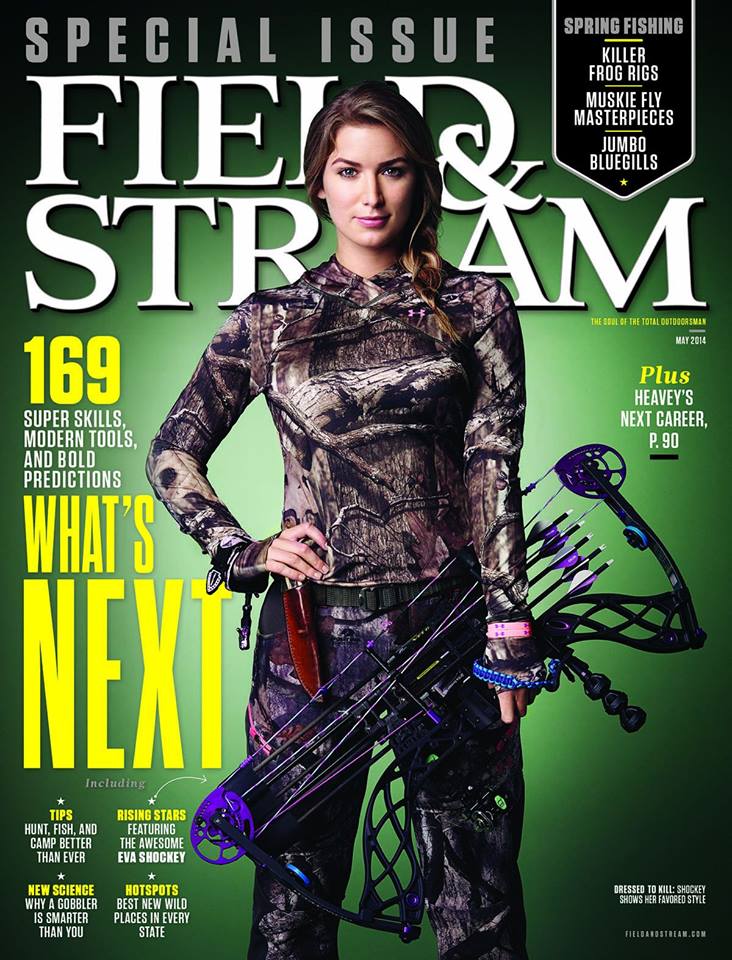 Field & Stream featured a female on their cover for the first time in 30 years. Eva Shockey, the costar of the Outdoor Channel’s “Hunting Adventures,” was featured alone and standing with her bow on May’s cover of “What’s Next,” an issue that offers predictions on the future of hunting and fishing. Aside from Queen Elizabeth, Shockey is the only other woman to be appear solo on a Field & Stream cover since it was first introduced in 1895, Field & Stream reports.

The “What’s Next” issue predicted “women will rise,” and based on the fact that the number of female hunters has swelled nearly 10 percent from 2008 to 2012, they may be right. Shockey said in her interview that she predicts even more women will join the ranks as time goes on. 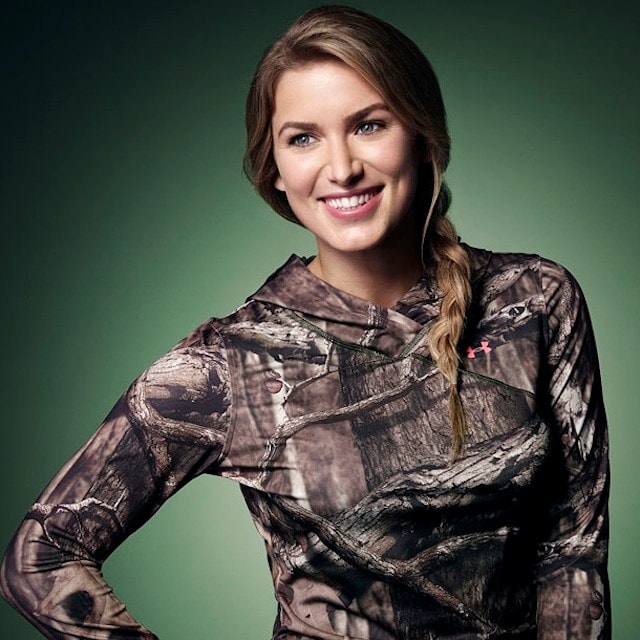 Eva is the second woman to ever be on the cover of Field & Stream. The first was Queen Elizabeth in 1976.

“Compared to last year, the number of women I meet – young girls, teenagers, moms with babies, older women – who tell me they hunt or are taking up hunting is incredible, Shockey said. “Bass Pro Shops owner Johnny Morris recently told me that the sale of women’s products was just three percent of his business 10 years ago, and now it’s 30 percent. Women are coming on full force.”

Field & Stream editorial director Anthony Licata said the steady influx of first time female hunters has changed the face of outdoors sports, and that Shockey was the perfect person to represent that.

“The steady and growing number of women who are becoming hunters is really transformative for the outdoors sports,” said Licata. “As a spokeswoman for that change, Eva was a clear choice for the cover of our ‘What’s Next’ issue.”

Some of the other “What’s Next” predictions include that crossbows will transform bow season, the use of technological hunting aids will continue to increase throughout time, and that suppressors will be legal to own in 46 states.