There’s a cathartic feeling associated with the sudden desire for a bigger gun; like for instance, if you found yourself alone in a back alley in Badguyville with only a pocket pistol and your mitts. Its in these quiet moments that you may find yourself praying for something a little over the top like a lightweight 40 mm six-shot grenade launcher that is both easily portable and capable of laying waste to entire city blocks.  Well, such a weapon exists and its called the Mikor MGL. 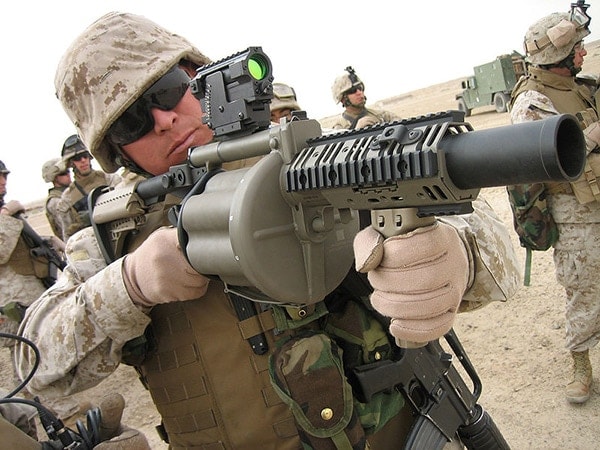 Why was it needed?

The South African government in the 1980s was a pariah state, with no true allies due to its apartheid politics. These things aside, the country was also fighting a very real shooting war on its northern borders against Soviet-backed guerrillas. Unable to get weapons from the West, and openly fighting the Eastern Bloc, the country had no other options than to develop its own gear to keep the “springboks” in the field supplied. One of the things needed desperately by the soldiers in the bush was superior firepower. In almost every engagement the SADF fought during this war, very well equipped Cuban-trained guerrilla fighters outnumbered them. It was a war of ambush and counter-ambush. Raids and sneak attacks.  The US had faced similar problems in Vietnam a decade earlier, which led to the adoption of the M79 and M203 “bloop gun” grenade launchers. With the US refusing aid, the South Africans came up with their own blooper reel. 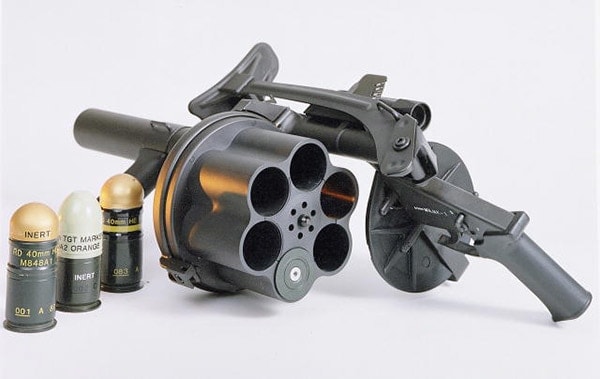 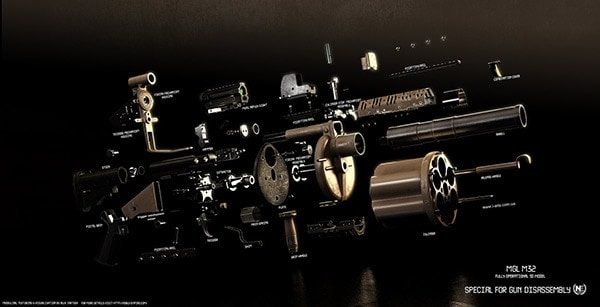 Both the US-designed 40mm grenade launchers mentioned above are single-shot weapons. From the outset Milkor Pty, the company working on the new launcher for the SADF in 1980 designed their weapon to have an on-board magazine. A simple 11.8-inch rifled barrel attached to a mild steel frame was built around a huge central cylinder. The effect was that of a giant revolver.  Behind the cylinder was a pistol grip and trigger. The rear of the gun held a crude skeletonized buttstock that could fold over the top of the launcher. When folded, the launcher was only 22-inches long and weighed in at 11-pounds unloaded. This meant it could be issued to a soldier in the field as a ‘backup’ weapon while still allowing him to carry a rifle. 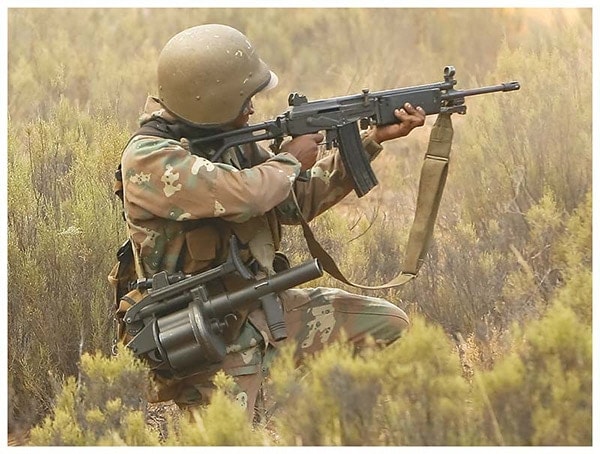 The South African defence forces issue the MGL as an augmentative weapon like the trooper seen here armed with both a South African Galil R4 and an MGL. 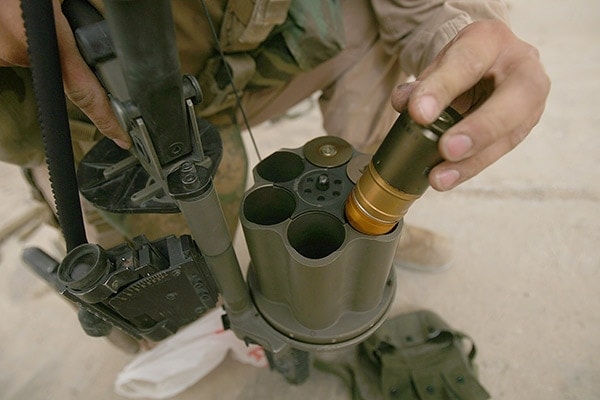 The swing-out cylinder held six cylinders that were 40mm wide and four inches long. If needed, the cylinder could rotate and fire all six chambers in less than 3-seconds. The projector was designed to be able to launch all standard 40x46mm low velocity (LV) grenades used by NATO. With the simple sights of the gun, it was capable of firing grenades with reasonable accuracy to 150-meters. Each cylinder can be selected by the operator individually without having to unload the weapon.  As anyone familiar with these will tell you that includes high-explosive, frag, HEDP, parachute illumination flares, close-in self-defense rounds, and less lethals (tear gas, rubber bullets) for those times when you would rather break a dozen ribs rather than outright disintegrate the enemy. 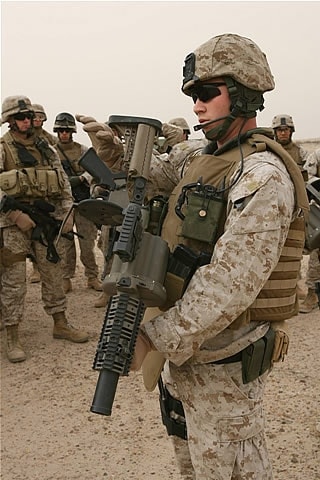 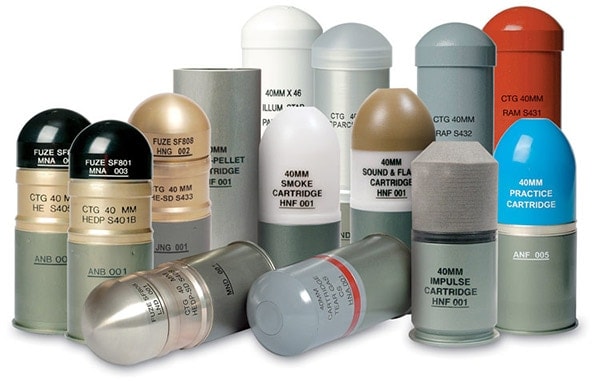 40mm grenades come in a number of different flavors.

After passing field-testing, the device, known as the MGL (Multiple Grenade Launcher) was adopted by the South African Defense Forces in 1983. 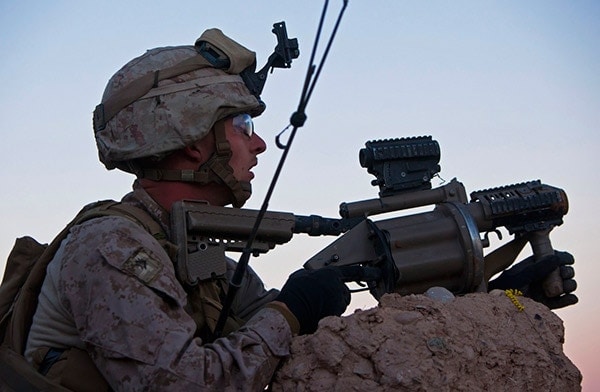 M32 Mikor at work in Afghanistan.

Since the first model was adopted, Milkor has gone through six different generations of the MGL, producing more than 50,000 of these launchers to customers around the world. These generational improvements included stretching the original chamber length to 140mm to accommodate a wider range of grenades from around the world. This is just like with your favorite shotgun. Even though you may never fire a 3.5-inch shell out of your Remington 870, it’s nice to have the capability. 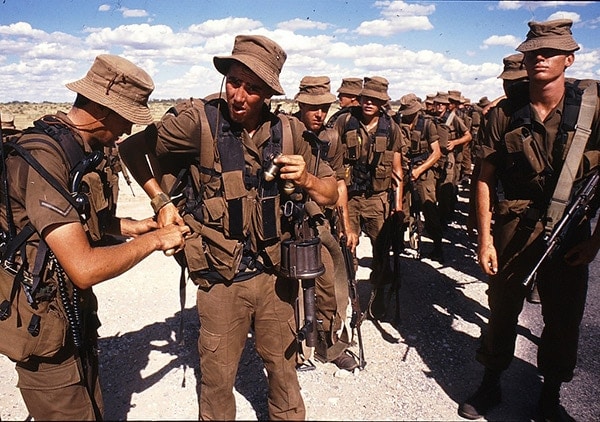 A SADF patrol returns from Angola, 1980s, with Mikor up front. 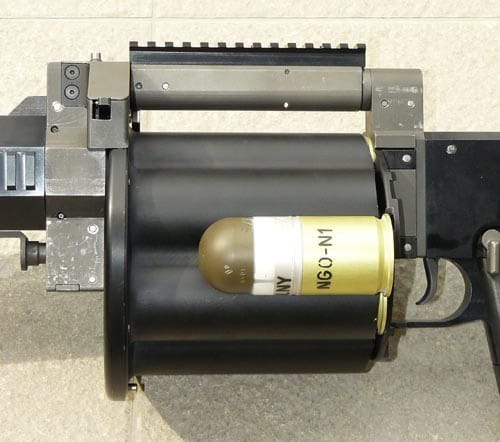 The MGL SuperSix models have a longer cylinder to accept grenades of varying length.

Other improvements came in the form of a stronger steel frame, Picatinny rails, and a collapsible rather than folding stock. The most advanced of these is the SuperSix. Advertised as a ‘multiple-range’ grenade launcher it is capable of firing the regular 40mm grenades that the world had known and loved since the 1960s as well as medium velocity (MV) midget grenades. This means that the gun can cover a much wider envelope.  If you include the various NATO rounds made in Germany along with the South African and US types, it’s an almost endless variety. 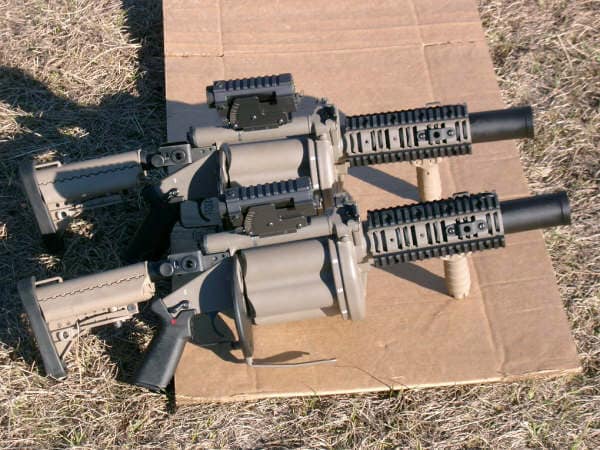 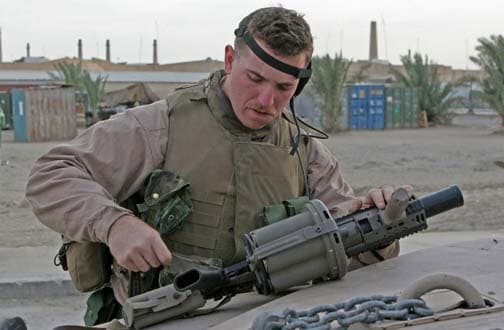 The M32 variant is longer than the original MGL.

The MGL has been adopted in the US by the Marines, ever on the lookout for man-portable heavy firepower, as the M-32. This variant is a clone of the MGL-140, the model just before the SuperSix, with a few tweaks and is made and supported by Milkor USA (things have clearly changed since the 80s). Instead of the original overfolding stock, the M32 has a M4-style multi-position stock, which makes it longer, and the improved M2A1 reflex sight, which makes it more accurate. 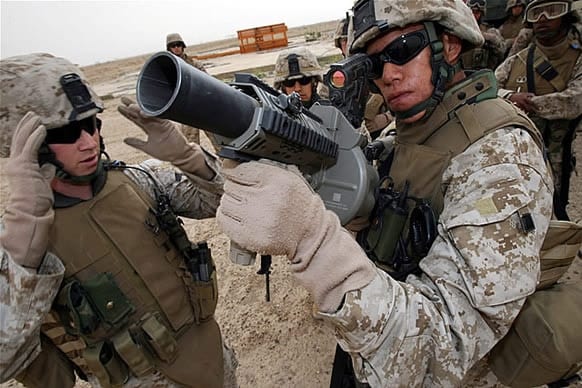 This launcher on the other hand is a lot bulkier than the original MGL (at 13.5 pounds unloaded and 32-inches long overall) but it’s still a big improvement from the old M72 single-shot blooper. A cut down version with an 8-inch barrel rather than the standard 12-incher is in use by the Navy Special Warfare guys as the Mk14. The MGL is also made under license in Croatia by RH Alan and by Arsenal in Bulgaria. 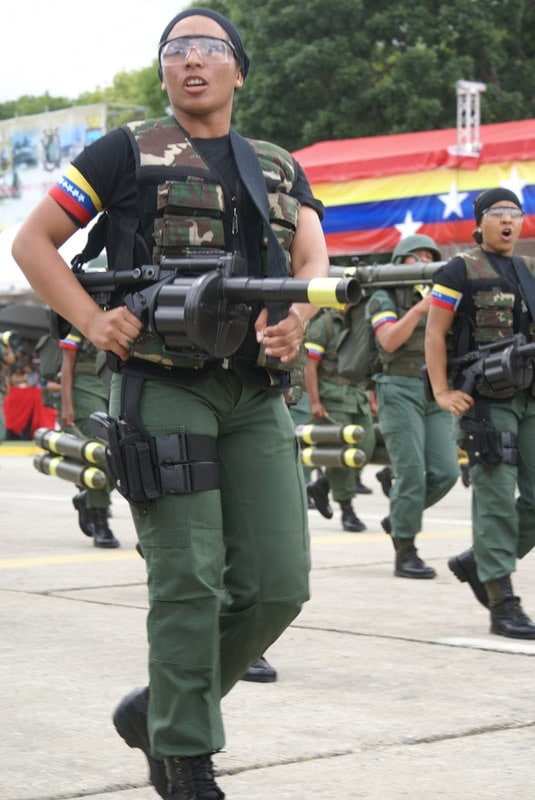 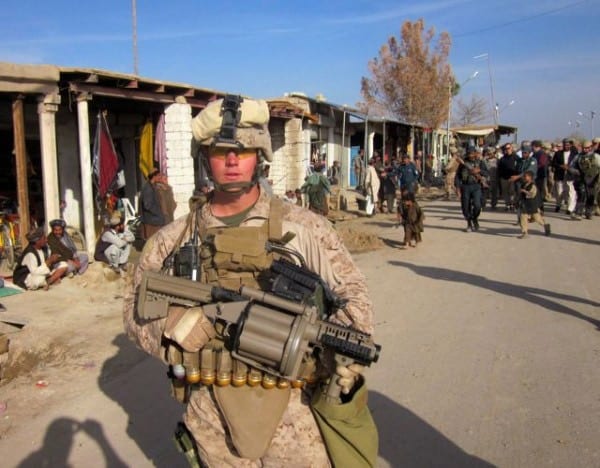 Milkor has expanded its thinking and developed single, twin and quad pedestal mounted MGLs that can be fitted to vehicles or placed in static positions. They have even tested a belt-fed version firing remotely from a gyrocopter. 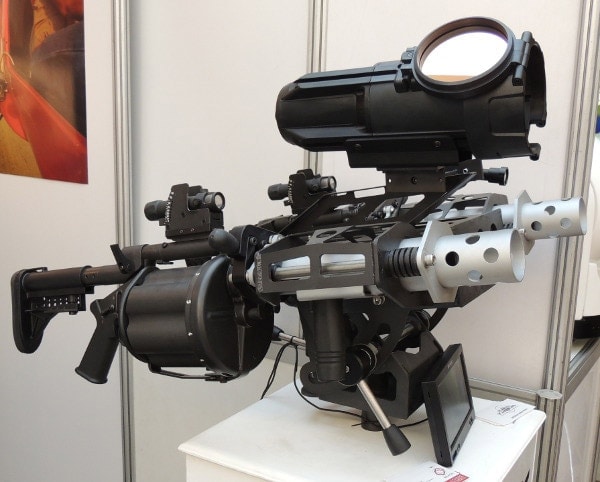 Pedestal mounted twin MGL with night vision optics for use on vehicles of land, sea and air.

How to get your own

MGL on the civilian market.

Unfortunately, the NFA regulated the possession of firearms larger than 12.7mm, which places the MGL and its 40mm family just a little past that bar. That means that while it is possible to own one if you are a Class III dealer or SOT, you still have to register each and every round of ammo as a Destructive Device with a $200 tax stamp each. With that in mind, Milkor put five MG-140 MGLs up for civilian sale in the US in 2012…for $20K each, ammo not included, taxes not included.

Other than that there is always the non-lethal 37mm Milkor Stopper, airsoft, video games or joining the Marines.