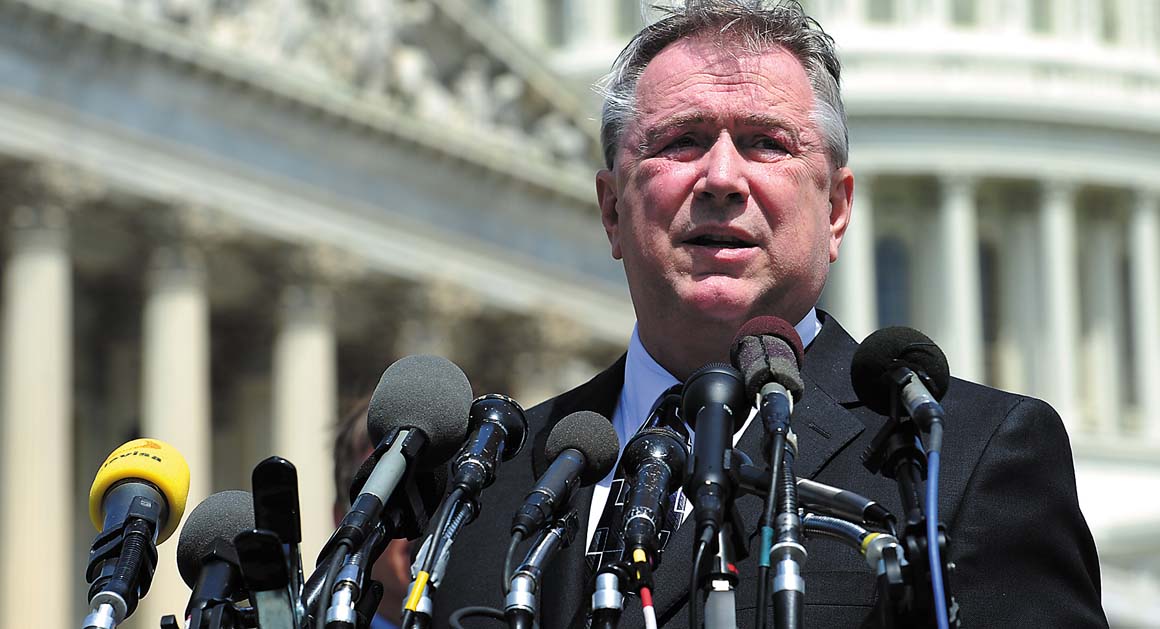 Rep. Steve Stockman (R-TX) is taking aim at state gun registration schemes by introducing a bill to cut federal dollars for those jurisdictions.

His bill would eliminate Department of Justice funding through grant programs for state agencies that maintain a list or registry of gun owners. Introduced on April 2, it is currently being reviewed by the House Committee on the Judiciary.

“In states like New York, gun-grabbing politicians are using gun owner registries to hunt down law-abiding gun owners and demand they surrender their personal firearms,” said Stockman in a statement Wednesday.

“My bill ends anti-gun tyranny by cutting off the funds gun grabbers use to implement their tracking and confiscation schemes,” Stockman contends.

Stockman’s bill, H.R.4380, the “Gun Confiscation and Registration Prevention Act,” specifically prohibits funds made available to states through the National Instant Criminal Checks System (NICS) Amendments Acts of 2007 and the Community Oriented Policing Services (COPS) Program to any jurisdiction that maintains a registry of gun ownership or conducts any form of firearm confiscation from legal owners.

California, which has had centralized state gun registration for nearly two decades, received more than $20 million in grants through COPS in 2013 that allowed officials to put 105 officers on the streets of 39 cities across the state. Smaller amounts went to registry states such as Connecticut and New York. This includes over $2 million for new school resource officers in towns such as Bridgeport, Connecticut, and Troy, New York.

Ironically, the Newtown, Connecticut, Police Department in 2010 had eight officers, including one assigned to the school system, paid for by a $530,000 COPS grant.

If Stockman’s bill makes it to law, these programs could be jeopardized over state mandated gun registration.

This is not the first pro-gun bill that Stockman has introduced this session. His H.R. 3199, the Safe Military Bases Act, pushes for repealing bans on military personnel carrying firearms.

Following the recent shootings at Fort Hood and the Norfolk Navy base, Stockman decried the current regulations for guns on bases, describing the rules as turning soldiers “into soft targets for mass killers”

H.R.4380 is expected to be heard in committee in coming days.