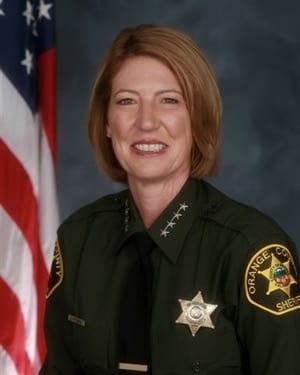 This comes after the agency, which has jurisdiction over some 3 million Californians, recently changed its policy on concealed carry from a restrictive ‘may issue’ standard to a more permissive ‘shall-issue’ one. That change was caused by the Feb. 14 ruling from a federal court in the Peruta case that found San Diego County’s ‘may-issue’ practice unduly harsh.

Orange County, prior to the Peruta decision, maintained an average of just 940 active concealed-carry permits on file and received approximately 500 new applications per year. However, in the past two months the department has been swamped with more than 3,500 applications.

“As concerned moms from Orange County and across California, we urge the Orange County Sheriff’s Department to stop processing concealed weapons permits under the new relaxed standard they’ve just adopted,” wrote Deborah Hernandez of the California Chapter of Moms Demand Action for Gun Sense in America in an online petition.

Instead, Hernandez states that the OCSD should, “resume using the common-sense standard that it has used for years — one that has worked so well to keep our families and communities safe. The department should also reverse its plan to spend $1.5 million in taxpayer funds to expedite permitting under the new, looser standards.”

The only change from previous years to current practice is the fact that “self-protection” and “self-defense” are now accepted as “good-cause” for a permit application. Before Peruta, applicants had to show proof of threats such as a police report or a protective order as an example that they were in immediate danger.

With Peruta under attack from California Attorney General Kamala D. Harris, with support from the Brady Campaign, the final verdict in the case could still be years off.  Citing this fact, the Sheriff stands by her decision to accept relaxed permit applications in the meantime.

“We should go with what the law is today, recognizing that it could be looked at again, but who knows how long that will take,” said Orange County Sheriff Sandra Hutchens. “They could do something tomorrow to change it or they could be debating it for the next five years.”

In the event that Peruta is overturned, the Sheriff’s website states that, “we may require applicants to supplement the ‘good cause’ statement for the CCW License in accord with Orange County Sheriff’s Department’s Policy.”

Applicants still have to follow the same process that has already been established by the sheriff, which includes an 11-page application, interview, $195 in fees, and both state and local background checks. Then there is the waiting period, which currently stretches out until 2016 due to the shortage of personnel to handle the massive amounts of new permit applications.

It is because of this backlog that the department is seeking to hire 15 retired deputies to run background checks and speed the process up. The salaries of these deputies would be offset by the increase in revenue from applications.

In the meantime, the Sheriff expects to issue permits within a few months.