Why we need a public option for guns, ammo (VIDEO)

I was inspired today. I watched a video in which left-leaning journalist Ezra Klein interviews Susan Crawford, the former Special Assistant to President Obama on Science and Innovation Policy, concerning a public option for the Internet and it got me thinking about universal gun ownership.

To save you the trouble of watching the entire video, the heart of Crawford’s argument is that Internet connectivity in today’s day and age is too important to be left to the private market because like light, power and water, the Internet is an essential public utility.

“This is something that the private market doesn’t provide left to its own device,” continued the Yale grad and Bloomberg view columnist. “What they’ll do is systematically provide extraordinarily expensive services for the richest people in America, leave out a huge percentage of the population and, in general, try to make their own profits at the expense of social good.”

While the firearms and ammo industry does not need to be turned into a public enterprise — the private market does a fair job of keeping prices competitive and affordable for working class Americans, though, one can argue that scarcity becomes a problem with respect to ammo from time to time and perhaps the government should regulate it’s own purchase of ammo so that there is an adequate supply reserved for the people at all times — there is an issue of what’s best for the social good.

As the Second Amendment reads, “A well regulated militia, being necessary to the security of a free state, the right of the people to keep and bear arms, shall not be infringed.”

A well regulated militia, or looking at it in today’s terms, a well-functioning or well-trained citizenry, is necessary to keep a free people free from government tyranny, ergo the people have a Constitutionally-protected right to keep and carry firearms that shall not be infringed.

The founders and framers would not have included this in the Constitution if it was not an important right. Given that, I would argue that one’s right to keep and bear arms for self-defense and for protection against a tyrannical government is at the very least as important as Internet access or health care or a college eduction.

Consequently, it seems that if the government is going to provide for it’s people, or at least ensure that they have access to the Internet (health care, college), it’s only fair that the government improve the people’s ability to obtain firearms and ammunition. In other words, each law-abiding citizen with no history of violence or mental illness should be given a yearly stipend to purchase guns and ammo. Additionally, that money could be used for firearms training and certification, i.e. concealed carry licensing, as this fits within the scope of a “well-regulated militia.” 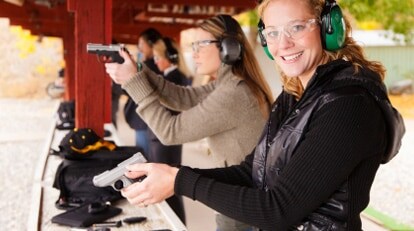 An armed society is not only a polite society, but a free society.

Of course, not everyone would be compelled to exercise their Second Amendment rights. Those who do not wish to collect their gun money can simply return their stipend. Meanwhile, those who embrace the Second Amendment would have some extra cash to improve their skill set as responsible gun owners, maintain their collection, and help ensure that America remains free from oppression.

This is not a new idea, Switzerland has been doing its own version of universal gun ownership for quite some time (though, some of its gun laws are rather restrictive and onerous). But it should be something that U.S. lawmakers start seriously considering.

With upheaval in the Middle East, with Russia seemingly on the warpath, with the U.S. economy growing ever more dependent on Red China, no one knows what the future holds. Yet an armed populace stands a better chance of surviving the times, come what may.

What are your thoughts?  Would you be in favor of subsidized gun ownership?