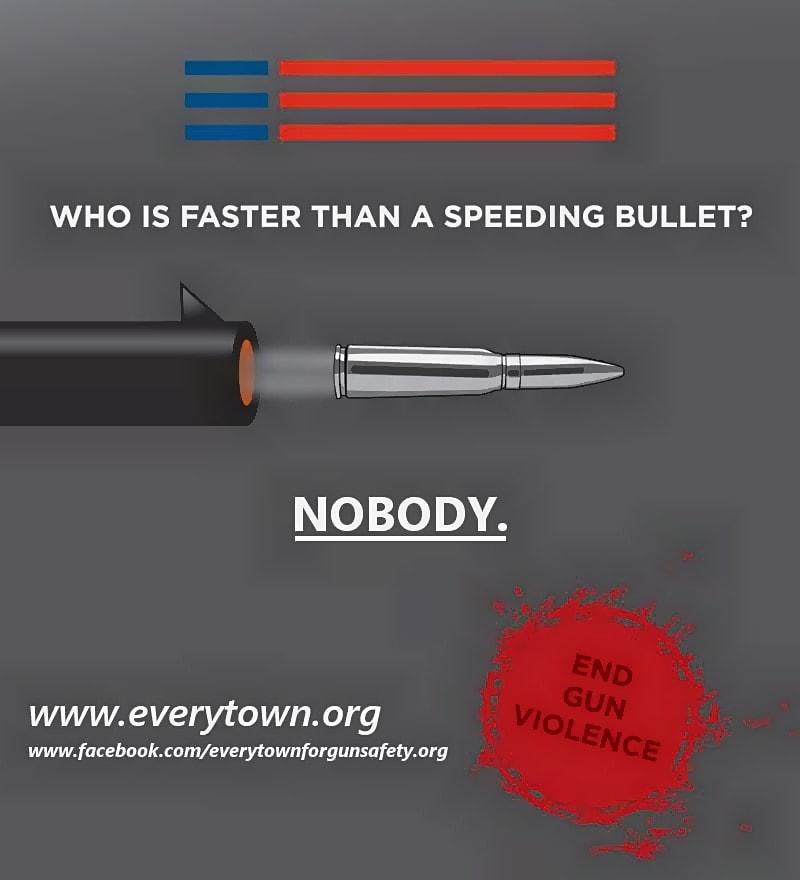 What appears to be an authentic “Everytown for Gun Safety” Facebook page posted this image, but the group said it did not create it.

Perhaps it was doomed from the beginning, but the “Everytown for gun safety” Facebook page has shut down. The pro-gun admin claiming to be responsible for it closed shop over the weekend.

Eric Reed, founder of Gun Rights Across America, claims to be the one who scooped the Everytown page before the newly formed Michael Bloomberg-backed group could claim it. He told Examiner that he shut it down due to a legal notice he was given over the weekend.

The page gained more than 20,000 likes and inspired numerous other groups to launch their own Everytown pages.

The page launched April 16, shortly after Moms Demand Action and Mayors Against Illegal Guns merged to create the Everytown group. According to Facebook policy, the page and URL belonged to gun control group from the get go since Everytown for Gun safety is an legal entity.

“The page in your story was reported to Facebook for violating our terms, which prohibit people from violating others’ intellectual property rights,” Matt Steinfeld, a Facebook representative, told Guns.com via email. “When we receive a valid report that someone’s IP rights are being violated, we are obligated under the law to remove the reported content. In this case, we received a report that the page violates the IP rights of another organization and removed it from Facebook.”

And Reed was open about the ruse. “Saw Bloomberg was creating another gun control group. So I took the page name before they had the chance. If you don’t like the 2nd Amendment — Leave,” read his first post as Everytown.

“I took the Bloomberg name because I wanted this page to remain open to debate, unlike his group at Moms Demand Action that block anyone with alternative views,” Reed explained in an interview with BuzzFeed. “Gun owners are getting a bad rep nation wide from their anti gun propaganda. As to who I am, I am your average citizen that believes the Second Amendment ‘shall not be infringed.’”

While the main page is now down, it’s unclear whether or not the offshoot pages will remain intact.

“If we receive a valid report from a rights holder about any page, we are obligated under the law to remove the content,” Steinfeld said.

While there is a new Everytown for Gun Safety page that appears to be managed by the Bloomberg-backed group, Erika Soto-Lamb, a representative of the group, said it’s also a fake.