A little more than 10 years ago, Army Ranger Pat Tillman was fatally killed by friendly fire during a mountain ambush in Afghanistan. Tonight’s episode of ESPN’s “Outside the Lines” takes a look back at that tragic day and talks with Army Rangers Bryan O’Neal, who was right next to Tillman when he died, and Steven Elliot, the shooter who fired in Tillman’s direction. 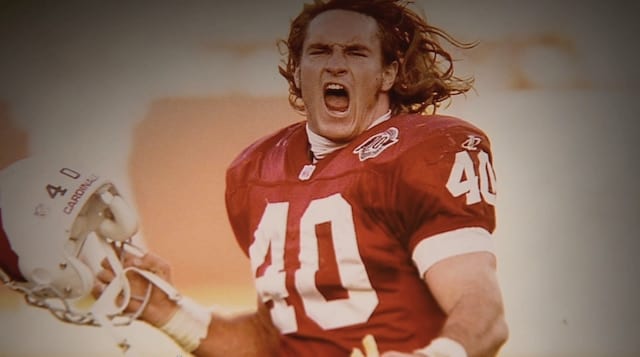 Army Ranger Pat Tillman gave up a seven-figure NFL contract so he could serve his country.

In 2002, Tillman turned down a $3.6 million NFL contract and joined the Army Rangers. He deployed to Afghanistan and on April 22, 2004, he was shot in the head by friendly fire while trying to lend aid to fellow American soldiers that were pinned down by enemy fire.

Tillman, along with O’Neal and an allied Afghan soldier, were perched on the mountainside. Half of their convoy was trapped below and was taking enemy fire. During the gun battle Elliot mistook the Rangers on the hilltop for enemy combatants, and fired in their direction. 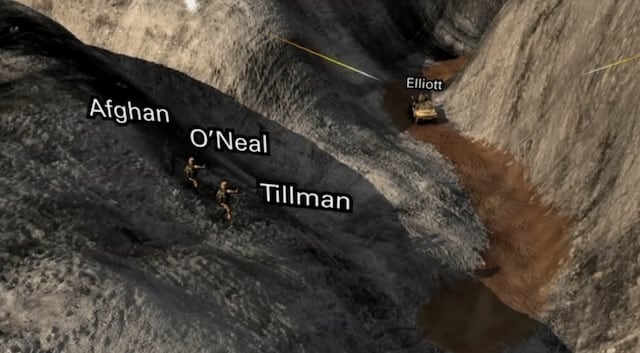 Tillman, O’Neal and the allied Afghan soldier were providing aid to their convoy below, but Elliot and others thought they were enemy combatants.

O’Neal and Elliot were on opposite sides of the spectrum that day, but their lives since then have mirrored one another in many ways. They both abandoned their religion, carry a heavy guilt, have used alcohol to self-medicate, and both of their marriages ended in divorce.

O’Neal continues on in the Army as a Ranger instructor, and Elliot remarried his ex-wife after making amends and has started going to church again.