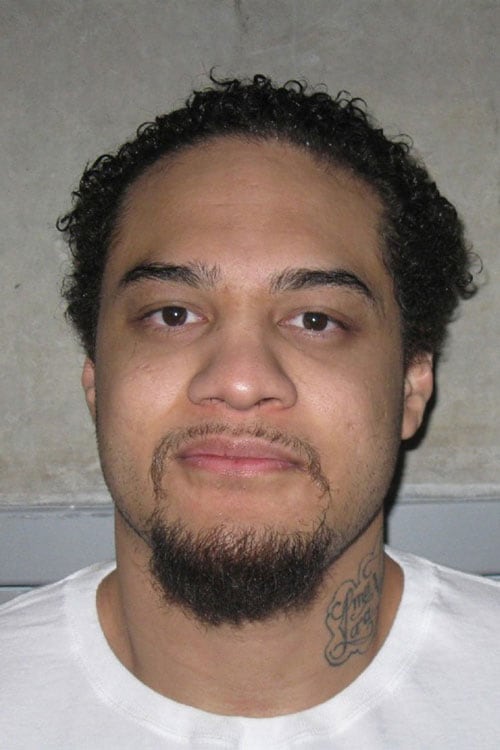 “Obviously, he has no heart,” one man said of Siale Angilau after witnessing the incident. (Photo credit: Department of Corrections)

A suspect facing several charges was shot by U.S. Marshals during his own trial in a Salt Lake City courtroom Monday morning after he tried to attack a witness on the stand.

Vaiola Mataele Tenifa was on the witness stand describing the inner workings of the Tongan Crip Gang or TCG. Then, according to The Salt Lake Tribune, at about 9:25 a.m. Siale Maveni Angilau, the defendant who is also known as “C-Down,” violently lunged at Tenifa with a pen in his hand.

U.S. Marshals immediately took action and shot Angilau several times in the chest as a courtroom full of people, including the jury who was to decide Angilau’s fate, looked on. Witnesses recalled that even after Angilau fell to the floor, authorities continued to fire at him.

“Everything was so fast,” said Perry Cardwell, who was at the courthouse with his daughter so she could be with her mother who was to testify against the defendant as the victim of a robbery which occurred more than 10 years ago.

Cardwell recalled hearing eight shots, although witness accounts vary from somewhere between five and eight shots. “I thought, ‘When is he going to stop shooting?’”

As the shots rang out, marshals instructed everyone to get down and take cover under the courtroom benches.

Angilau was said to still be breathing when he was taken out of the courtroom by paramedics, but died several hours later at a local hospital.

“It was a normal court case,” said Cardwell’s daughter, Sara Jacobson. “You don’t expect anything to happen.”

Nonetheless, Judge Tena Campbell explained to witnesses that the incident was completely out of the ordinary.

“She reassured us, made us feel a little bit better about what we saw. She said she had been serving for 19 years and had never seen anything like this happen. And she told us if we need any counseling, that will be offered for us,” Jacobson said.

And although the incident was an unusual and traumatic one, both Jacobson and Cardwell feel that it was handled appropriately.

Witnesses also stated that the marshals yelled at Angilau to stop several times before shots were fired, but he did not heed their warnings.

“Part of me is like, ‘He gets what he deserves,’” Cardwell said. “And the other half is like, ‘It’s just senseless. Why would he do that? It’s just so stupid.’”

Apparently Angilau’s mother was present in the courtroom as her son was shot.

“The court has met with the jury and observed that most of the jury members are visibly shaken and upset by this episode,” Campbell wrote in an order. “The court finds that this occurrence in the courtroom would so prejudice Mr. Angilau as to deprive him of a fair trial.”

Angilau, who had an extensive and violent criminal history dating back more than a decade, began his trial Monday for charges which included racketeering, robbery, carjacking, assault on a federal officer and weapons violations.