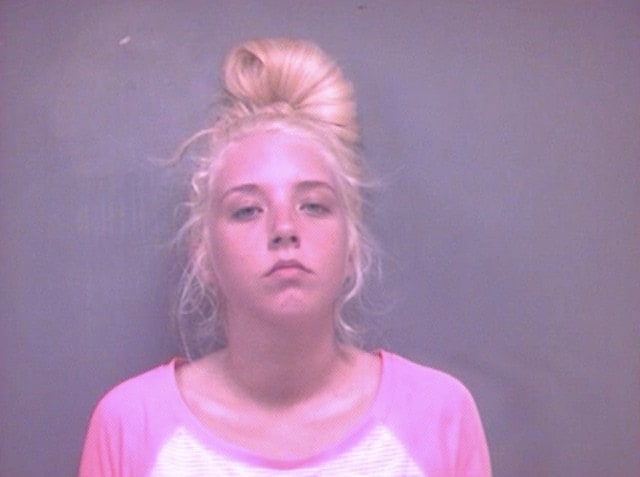 Dallas Archer was booked into jail with a 4-inch revolver hidden inside her vagina.

A Tennessee teenager was arrested and brought to jail with a loaded revolver hidden in her vagina Monday.

Dallas Archer, 19, was booked into the Kingsport jail on charges of driving with a suspended license. When the female jailer searched Archer she discovered a loaded North American Arms .22-caliber revolver “concealed in her vagina,” The Smoking Gun reports.

The gun was traced back to 70-year-old John Souther, who had the revolver stolen during a car burglary last year. Souther said he’d eventually like to have “the little fellow” returned, though he said he’d probably soak it in bleach before using it again.

Archer isn’t the first woman to use her prison pocket to smuggle a firearm into jail, and she certainly won’t be the last. Last year, Guns.com reported on another female who had stashed a loaded Freedom Arms revolver in her vagina and several bags of meth between her butt cheeks. Jailers noticed the wooden handle protruding from her “vagina area.”

Though Archer was originally booked in on a misdemeanor, the added charge of introduction of contraband into a penal facility bumped things up to a felony.