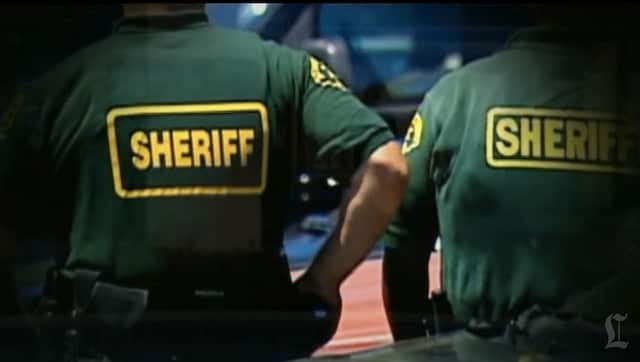 Former L.A. sheriff’s deputies Julio Cesar Martinez and Anthony Manuel Paez were accused of planting guns at a crime scene during a 2011 bust at a pot dispensary.

Two former L.A. sheriff’s deputies were arrested Friday after being accused of deactivating a security camera and planting guns at a pot dispensary to justify two arrests during a 2011 bust.

Former L.A. sheriff’s deputies Julio Cesar Martinez, 39, and Anthony Manuel Paez, 32, arrested Antonio Rhodes and Johnny Yang for possession of an unregistered gun and possession of a controlled substance while armed with a gun. But the deputies’ written testimonies of what happened didn’t match up to a video recording of the incident, and the discrepancies led to their arrest, L.A. Times reports.

According to Martinez, he watched as Rhodes made a drug transaction, then followed him into the marijuana dispensary, where he dumped a gun in the trash. But according to the complaint, that’s not how things went down. They said they were framed and that Martinez deactivated the security camera and then planted the evidence.

Nearly a year after the 2011 incident, the sheriff’s Internal Criminal Investigation Bureau started digging a little deeper. And that’s when they discovered video footage that was taken from inside the dispensary that was “inconsistent” with the deputies’ reports.

Martinez and Paez were arrested Friday. Martinez was charged with two counts of perjury and filing a false report and each of the deputies were charged with two felony counts of conspiring to obstruct justice and altering evidence. However, they were released later in the day after posting $50,000 bail. They are scheduled to be arraigned June 17 and if convicted, face more than seven years in prison.