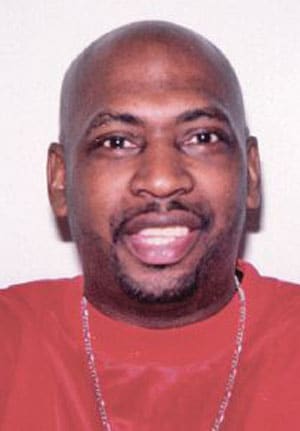 Two brothers of a Virginia man who was fatally shot by police during an altercation last March in West Virginia filed a wrongful death lawsuit against the Martinsburg Police Department and are seeking $200 million in damages.

A copy of the autopsy report of Wayne Arnold Jones, which revealed that he died from multiple gunshot wounds, was filed in federal court this week by the family’s lawyer, Sherman L. Lambert Sr. The five officers who fired the fatal shots were also named as defendants in the case.

According to the autopsy report, Jones was shot a total of 23 times and succumbed to injuries sustained to his brain, heart, lungs, liver, kidney and stomach. The report also showed that he had been shot in the back and buttocks multiple times.

The complaint also shows that the family was upset over the fact that Jones’ body was left lying on the ground for four hours while investigators gathered evidence from the scene.

Jones’ brothers, Robert L. Jones and Bruce A. Jones, claim that the officers used unreasonable and unnecessary force with their brother during the late-night altercation on March 13, 2013. However, following an investigation into the incident, a Berkeley County grand jury refused to indict the officers involved.

During the course of the investigation, the officers were placed on administration leave, as is standard procedure. However, the lawsuit criticizes the fact that the officers have since been provided with additional training, qualifying them for other positions within the department.

But according to the officers, such force was only used after multiple attempts to subdue Jones with a stun gun failed and Jones became violent, attacking an officer and stabbing him in the torso.

Jones had previously told the officers that he had a weapon, but refused to tell them what it was and also repeatedly ignored commands by the officers.

Although it was unknown at the time, the weapon used by Jones was only a small pocketknife and the injuries the officer sustained were determined to be minor and non-life threatening.

The lawsuit also alleges that the officers’ actions were “rogue” and that they formed a semi-circle around Jones, in a manner described as that of a firing squad formation.

In addition, the complaint also states that the city has failed to properly train and supervise the officers, specifically as it pertains to dealing with those with mental illnesses, such as Jones, who at the time was taking medication for schizophrenia.

According to the lawsuit, “Jones’ death stemmed from [the City of Martinsburg’s] failure to train officers who might come into contact with individuals in mental health crisis or otherwise diminished mental capacity, and that the need for training to avoid mishandling of these types of situations has been obvious to (the city) for years prior to this shooting.”

Lambert cited a 2012 incident in which a man was shot in the chest by the police after threatening to stab an officer with a railroad spike. However, although that suspect pled not guilty to attempted malicious assault by reason of insanity, a grand jury determines that the officer’s actions were justified and failed to bring charges against him.

The fate of the officers involved in Jones’ death will be determined in a jury trial, which is set to begin in October.