The National Rifle Association Annual Meetings and Exhibits kicks off April 25 in Indianapolis at the Indiana Convention Center.

The show is expected to bring in around 70,000 visitors — mostly NRA members — and more than 600 gun, hunting and accessory exhibitors.

While the annual meeting is a way for the NRA to give back to its members, it’s also a way for members and guests to give back to the gun lobby. In addition to the “9 acres of guns and gear,” like the lobby touts on its signage, it’s a fundraising and political effort.

The convention has a slew of events such as auctions, breakfasts, lunch ins, dinners, concerts, celebrity appearances and good old fashioned donation opportunities. And while the speakers generally gear their rhetoric towards praising the Second Amendment and bashing political opponents, speeches often end with “and join the NRA!”

Incrementally the show reveals the NRA’s platform for the rest of the year– something that often involves buzzwords like patriot, guns and freedom. 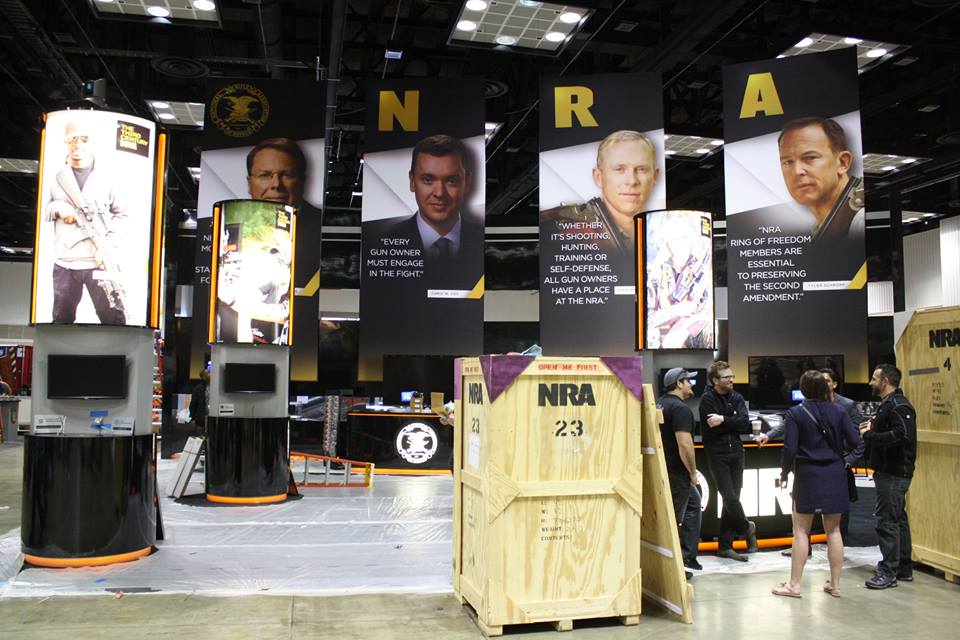 This event helps contribute to the more than $256 million in revenue the NRA raises annually, according to its 2012 tax filings. Of that, more than $100 million is raised through membership dues.  Another large chunk of funding comes in via gun manufacturers and suppliers. However, its total revenue is estimated to be more in 2013 due to an increase in membership.

Additionally, with people and companies flocking to the show, Indiana stands to see about $55 million in economic activity, according to local media.

On the other side of the tracks, Everytown Against Gun Violence will hold a press conference around the same time to discuss its platform. Additionally, the group announced that it will protest the NRA outside of the convention center.

For a full list of events, check out the NRA-AM website, and stay tuned to Guns.com for updates.