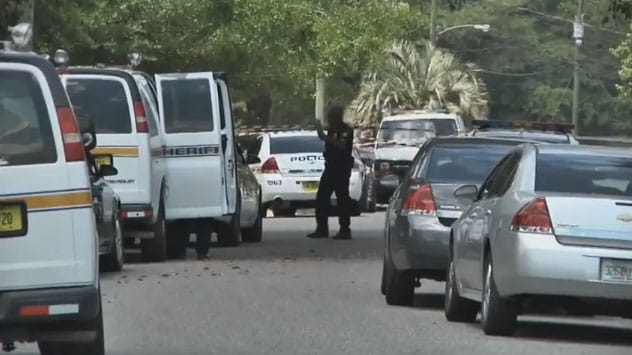 “I pray that God continues to bless the families and everyone can learn to get along. Sometimes it’s best to just walk away from the problem than to try and solve it yourself,” said Jim Fields, the suspect’s neighbor. (Photo credit: News 4 Jax)

A dispute between two women in Jacksonville, Florida, ended in gunfire Wednesday with the tiniest victim being an unborn baby carried by one of the women.

Apparently the altercation began as an argument on Facebook Tuesday night. But after exchanging words over the social media network, the pregnant woman went to the other woman’s house the following morning to confront her about the conflict.

That’s when the altercation became physical.

At some point the disagreement escalated to an epic level and just outside of her home, 35-year-old Virginia Wyche shot the pregnant woman in the stomach. The pregnant woman, whose name has not been released, was rushed to a local hospital where she underwent emergency surgery.

Doctors struggled to save the unborn baby’s life, but their efforts were unsuccessful and, according to local media, the baby died. The woman remains in critical condition and her injuries are believed to be life-threatening.

Following the shooting, Wyche was arrested and originally charged with attempted murder, but those charges have now been upgraded, presumably due to the death of the baby. 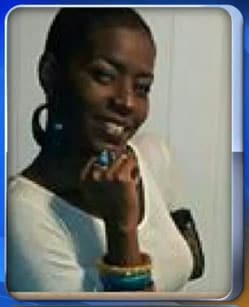 Authorities are not giving details about what the social media conflict entailed, but friends and family of both women say that they were long-time acquaintances and they are all shocked at the events that transpired.

“My son called me and I was very disturbed about this because this is not the way I was raised, and they (were) not raised like this,” said Lillian Jordan, Wyche’s mother, who also said that technology is nothing but trouble.

Jim Fields, who grew up in the neighborhood, told reporters that he was “shocked to know that we grew up amongst one another and something like this could actually happen.”

“We try to stay in communication with a lot of the people in the neighborhood,” he added. “We definitely try and keep up with them to make sure things are okay, though we can’t pinpoint everything, but we do our best.”

The incident remains under investigation as authorities try to sort out the details of what happened.