The Rains County Sheriff’s Department released the dashcam footage of the Texas deputy that shot a homeowner’s dog while responding to a burglary call April 18.

Deputy Jarred Dooley was responding to a burglary call when Candy, a 2-year-old blue heeler, jumped out of the bed of a truck. Moments later, Dooley fired two shots from his duty pistol, striking the dog in the head and injuring it. Dooley then returned to his patrol vehicle and retreated from the position, KLTV reports.

Dooley makes a radio call for backup, saying, “Get me some help out here now.” But while Candy was injured, she was not dead, and her cries can be heard on the dashcam footage. The dog’s owner, Cole Middleton, asked Dooley to put Candy out of her misery. When the deputy refused, Middleton retrieved a bucket from his truck and drowned Candy.

Dooley was later fired from his position at the Rains County Sheriff’s Department and Sheriff David Traylor said he may even be charged with a criminal offense. 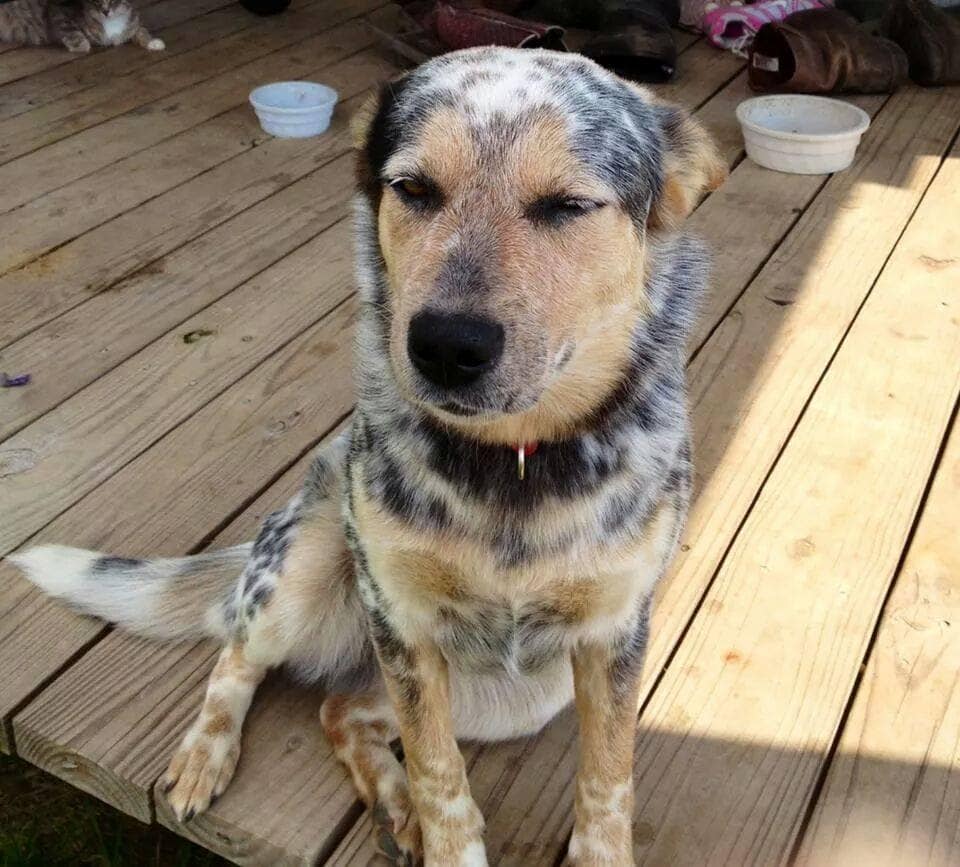 Candy, a two-year-old blue heeler, was shot in the head by a Texas deputy during the course of a burglary call.

“That was a decision I know means saying at this point he is guilty of a criminal offense,” said Sheriff Traylor, “but it is being investigated toward the criminal side right now.”

Sheriff Traylor said that in his 30 years in law enforcement, never has the department had to deal with so many death threats resulting from a single incident.

“Hundreds and hundreds of calls,” Sheriff Traylor said, “some of them pretty vulgar to listen too. It’s taking up the time from what we need to be doing.”

Sheriff Traylor acknowledged that Candy’s death was a “bad situation that occurred” and added that it was a “situation that we’ve never had to deal with.”