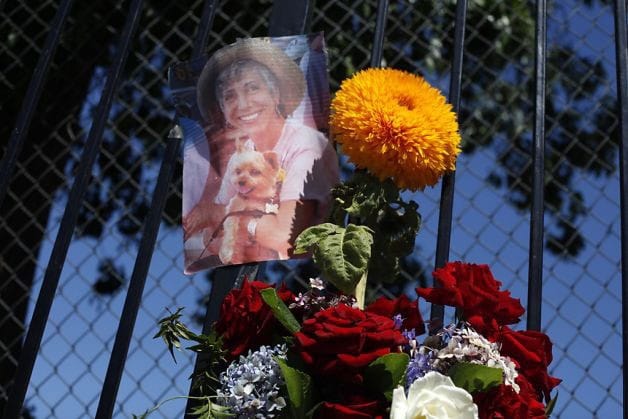 Judy Salamon was known as the “pet nanny” because of her love for animals and willingness to always watch neighborhood pets. (Photo credit: SF Gate)

Authorities announced Thursday that two suspects are now in police custody for the murder of an Oakland, California, woman last summer who was attacked and fatally shot after she witnessed the suspects commit a burglary and recorded the events on her cell phone.

Judy Salamon, who was also known as the “pet nanny,” had a growing concern for crime in the Maxwell Park neighborhood which she called home for more than 30 years. She had pushed for private security in the neighborhood, but unfortunately that didn’t come until two months after her death.

Nonetheless, Salamon did what she felt she could to keep her neighborhood safe, and on July 24, 2013 she witnessed what she believed to be a burglary by two men, 22-year-old Stephon Lee and 21-year-old Mario Floyd. Using her cell phone camera, Salamon filmed the suspects, and when they fled the scene she pursued them in her vehicle. A mistake that would prove fatal for the 66-year-old woman.

Lee and Floyd confronted Salamon. Floyd threw a trash can at the woman’s car before Lee pulled out a gun and shot her. After Salamon was shot, her car spun out of control and backwards down a hill, crashing into a parked car. During the course of the altercation, the two suspects stole Salamon’s cell phone.

For many months following her death, which both saddened and shocked the neighborhood residents, police had little to work with in capturing her assailants.

However, according to a report by the San Francisco Gate, authorities received a break in the case when Officer Timothy De La Vega “stumbled across a potential witness” which in turn led to finding additional witnesses.

And as it turned out, both Lee and Floyd were well-known within the Oakland Police Department. In fact, just eight days prior to Salamon’s death, Floyd had been convicted of carrying a loaded firearm and was out on bail the day Salamon was shot. Two months later he was sentenced to five years of probation for the gun charge, unbeknown to authorities at the time that he was partially responsible for the woman’s death.

When police charged Lee, who already had two prior felony convictions, in the shooting death of Salamon, he was currently serving time at San Quentin State Prison. 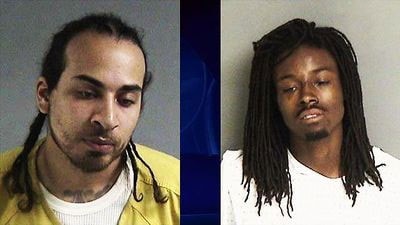 Authorities also believe that, although the two are not technically documented gang members, they are in a neighborhood gang.
Both men have now been charged with murder and the special circumstance of committing murder in the course of a robbery. If convicted, they could face the death penalty or life in prison without the possibility of parole.

Although investigators believe that Lee is the one who pulled the trigger, Floyd also faces murder charges because he was the one driving the car during the course of the crime.

Saddened by the woman’s senseless death, authorities wish that Salamon would have handled the situation differently.

“We want people to be vigilant, not vigilantes. We don’t want people to follow suspects,” said Oakland police Sgt. Mike Gantt, who also stated that Salamon “was a brave lady, but she should have called 911.”

Oakland City Councilwoman Libby Schaaf, who is running for mayor in November, said, “I am worried that citizens are putting themselves in danger because they are not confident that police will come quickly when they are called. We have got to fix that problem.”