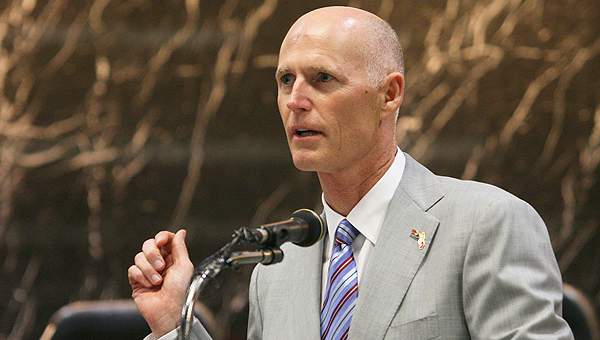 It is a busy week for Florida Gov. Rick Scott as the state Legislature has sent four new pro-gun measures, including the Pop Tart Bill, to his desk for consideration.

“All of these bills are needed,” Marion Hammer, president of the Unified Sportsmen of Florida and past president of the National Rifle Association, said to Guns.com. Both groups strongly supported the bills.

“The legislation that we support is based on a demonstrated need to fix something that is not working right,” Hammer said.

The first two bills, HB 523 and HB 525, are designed to speed up Florida’s concealed carry permit applications. HB 523 would allow qualified Tax Collector offices to fast-track the concealed weapons licensing application process. HB 525 would ensure that the same public records exemptions that exist for the state on permit holder information are extended to the county tax collectors, so that applicant information cannot be shared.

Gun control groups, however, would like to see a veto on these two bills in particular.

“We oppose HB523 and HB525 because they expand the already flawed CCW-permitting system in Florida by allowing tax collectors (who are also not criminal justice agencies and cannot conduct NICS checks) to accept CCW applications,’ said Erika Soto Lamb, Communications Director of Everytown for Gun Safety to Guns.com. “These bills would put guns in the hands of dangerous people and we urge Governor Scott to veto these bills.”

Florida currently has more concealed carry permit holders than any other state, with more than 1.2 million issued.

Next, HB 7029, or “the Pop Tart bill,” loosens the zero tolerance guidelines for educators and students in terms of simulated gun play. The bill is a response to an incident last year where a 7-year-old student was suspended for chewing a breakfast pastry into the shape of a gun.

“Anyone that believed that a 5-year-old child should be suspended from school for pointing a finger and going ‘bang bang’ has some serious problems, yet that’s been going on around the country,” Hammer said of HB 7029. “Zero tolerance doesn’t mean traumatizing young children for being children when they play.”

The final measure is SB 424, which saw the most opposition of the quartet of bills, passing the House by a 74-44 margin last Tuesday. It sets in place a regulation to stop insurance companies from refusing to issue a policy, renew a policy or charge unfair rates based on the lawful possession and ownership of a firearm, firearms or ammunition.

Opponents of the insurance bill argued that the legislation was unnecessary, pointing to the small number of cases given as an example by the measure’s supporters.

“They could barely muster, barely, six weak examples out of the hundreds of millions of policies,” Rep. Kevin Rader (D-Belle Glade) told the Insurance Journal. “That is not discrimination; those are probably mistakes, six honest little mistakes.”

To this, insurance industry groups, namely the Property Casualty Insurers Association, welcomed the change, saying that the additional regulation to ensure there is no discrimination in the state against gun owners would not be ‘overly burdensome.’

Together these four bills join HB89, the so-called ‘Warning Shots bill’, on Scott’s desk. The governor is expected to make a decision on the pending legislation in coming weeks, of which Hammer is confident.

“We have a solid, pro-gun governor who strongly supports the Second Amendment and these are all common sense pieces of legislation with a demonstrated need. I have no anticipation of anything but to have the governor sign them,” Hammer said.