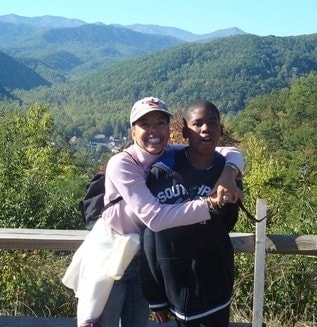 Lucia McBath’s son, Jordan Davis, was tragically shot and killed at a Jacksonville, Florida, gas station on Nov. 23, 2012, in what started as a dispute over load music.

It was the untimely death of her 17-year-old son that led her to join Moms Demand Action for Gun Sense in America, a grassroots coalition of mothers, faith leaders, and gun violence survivors dedicated to pushing federal and state lawmakers to enact “common-sense” gun reforms.

McBath, a national spokesperson for Moms, which after joining with Bloomberg’s Mayors Against Illegal Guns is now under the umbrella of a new organization, Everytown for Gun Safety, gave an emotional speech at a Friday press event in downtown Indianapolis not too far from the National Rifle Association’s 143rd Annual Meetings and Exhibits.

After the speech, Guns.com had a chance to ask her what she would like the gun owners, gun manufacturers and the NRA to know about Everytown.

“We’re here in Indianapolis this weekend basically not to cause any problems or conflict or intimidation for the NRA convention, but what we want the lobbyists and the leadership of the NRA to understand is that we’re not trying to take away your Second Amendment rights, we believe in the Second Amendment rights, the right to protect yourselves and bear arms, we believe that there are a lot of law-abiding gun owners, gun enthusiasts and hunters in this country — we’re not going after those individuals,” she said.

“But with being able to use your Second Amendment rights to protect yourself and own guns comes great responsibility with protecting citizens,” she continued.

Specifically, Everytown wants to see lawmakers at the federal and state level enact tougher laws and regulations dealing with the safe storage of firearms, suicide prevention and background checks between private parties.

“Putting sensible, safe solutions — gun safety solutions — combine those with the Second Amendment rights to make sure that every individual, whether they own a gun or not, is accountable for their actions and the way the use their guns,” McBath argued.

In addition to wanting more accountability from the gun community, McBath said that she wants the nation’s gun lobby to avoid misrepresenting the facts.

“What we want the NRA leadership to understand too, is that they can no longer continue to put out a lot of false information about the nature of gun violence in this country,” she explained. “Statistics overwhelmingly show that as we increase the number of gun owners in this country, we have more instances of violence and justifiable homicides are going up in drastic numbers based upon the legislation that’s being passed in this country.”

It would appear that more guns are not creating more gun-related violence.

However, gun owners would agree with McBath that justifiable homicides are on the rise in states that have passed ‘Stand Your Ground’ laws, which remove a duty to retreat and allows one to use force, including deadly force, in any place that person has a lawful right to be if one reasonably fears for one’s life. 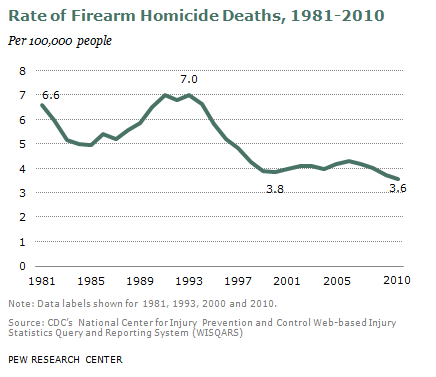 To this statistic gun owners would have two responses, the first would be to say that while justifiable homicides are up in the Peach State, the overall murder rate “has decreased between 2000 and 2010, from a rate of 6.1 per 100,000 people in 2000 to 5.4 per 100,000 in 2010. Georgia’s population has increased 20 percent during that time,” as The Associated Press reported.

The second response would be to simply point out that justifiable homicides are justified under the law, as law professor and Second Amendment Scholar David Kopel noted in an interview with Guns.com.

“If it’s a justifiable homicide, by definition that means that a crime victim used necessary force to protect herself from a violent felony attacker,” Kopel explained. “To complain that the number of cases of lawful self-defense has increased amounts to saying that more innocent people should have been victimized.”

All that said, McBath certainly has a right to voice her opinion on the matter after all she’s been through. Gun owners and the NRA would be wise to listen to what she has to say and respond to it not with vitriolic rhetoric, ad hominem attacks or cold indifference — but with an open mind, a sympathetic heart and an objective evaluation of the facts because that’s how we win this debate. That’s how make real progress. That’s how we save lives.