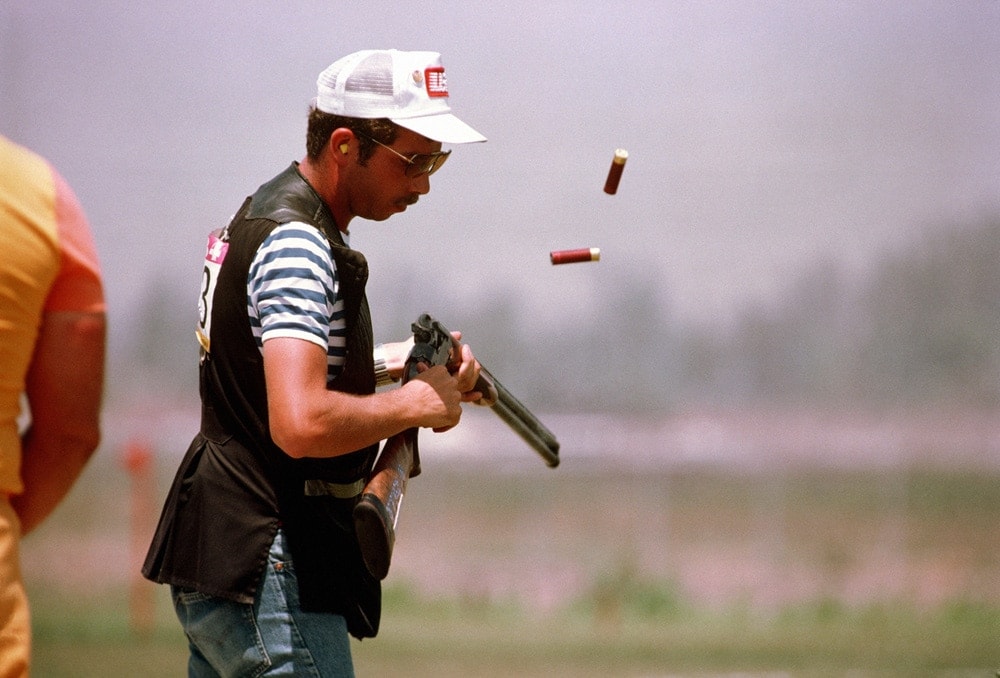 The origins of skeet shooting, around the turn of the 20th-century, were inspired by ‘healthy sport and competition’ among the hunters, but more practically, as a method of training in and out of season.

Today, clay discs, or ‘pigeons,’ are fired from ‘firing houses,’ small structures on the shooting field.  Shooters arrange themselves as to aim at discs, fired into the air at different speeds and heights from one or more firing stations, with shots fired away from shooters and spectators.

Skeet shooting gained mass popularity after inclusion in the Olympic Games in the 1920s.  Today, the legacy continues with a new wave of hobbyists engaging in the sport for training or pure fun and sport.

Getting started in the sport shooting

The sport relies on one’s comfort and use of a firearm, preferably an over-under, double-barreled shotgun.  Moreover, particular guns influence shots fired, increasing the ability to cover a wider range.  Experts suggest hobbyists take a gun-safety course, especially if one has never used a firearm in military or police training.

A decent double-barreled shotgun can cost hundreds of dollars, depending on location and specifications, and even nicer ones can get into the thousands (the most expensive is well over $150,000).  However, the scattergun is a hobbyist’s most expensive investment, with admission to a gun club, ammunition and clay pigeons an ongoing yet minimal cost, depending on frequency of shooting.

In addition to minimal experience with guns limiting safety, most experts suggest that you ‘get to know’ your gun.  Weather conditions, need of cleaning, and modifications can influence its performance.  For optimized shooting and safety, gurus urge hobbyists to practice under the watchful eye of an experienced shooter. 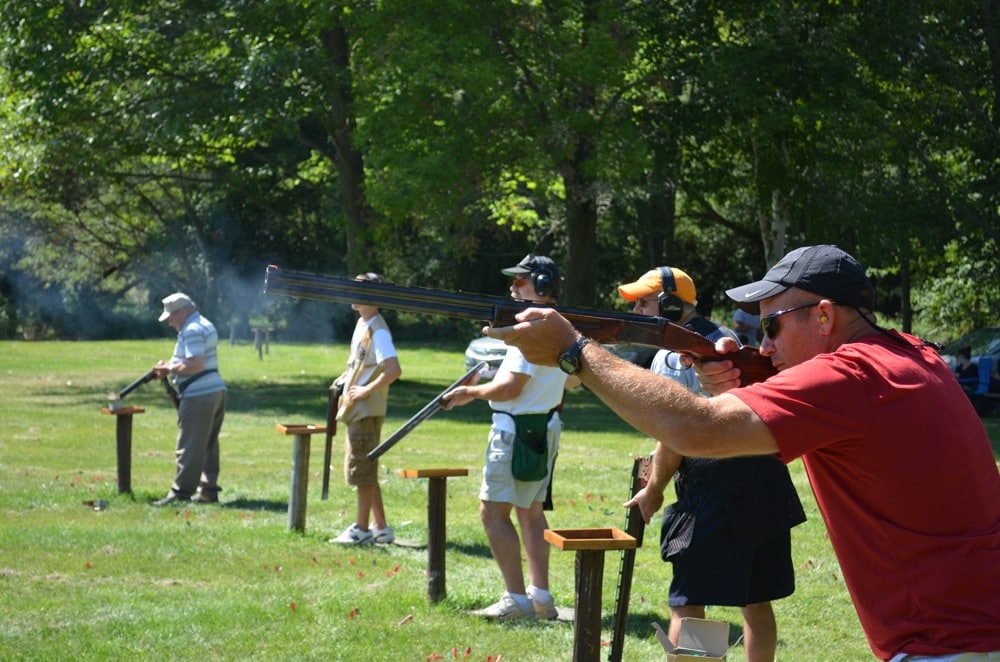 Folks enjoying trap shooting, which is similar to skeet. In trap, discs fly up, down and away, whereas in skeet, discs side to side.

Anyone with a passion for guns and plenty of experience along the way will no doubt confirm that perfection is almost impossible to achieve and diligence is often a more important characteristic.

It only takes a brief moment of unintentional negligence for a gun to accidentally go off, so no matter how well-versed you are in handling a firearm, still practice the safety basics by wearing protective eyewear and observing other standard rules such as keeping your gun facing downfield, always using the safety locks during periods of inactivity and keeping both hands on the firearm when in use.

1. Regular practice – They say that “practice makes perfect,” but whilst perfection is an elusive target you can certainly hone your skills and confidence with plenty of regular practice.

You could try drills like swinging and mounting your unloaded gun in front of a mirror to take a critical view of your technique, but remember not to lower your face to the gun or tilt your head. Stand up straight and strong and practice mounting the gun to your face so that it gets to the same place each time, again remembering that your aim is to mount the gun to your face and not your shoulder.

2. Good posture – Always aim to stand with a good strong posture and ideally your back heel should be aligned with your leading foot as well as with the intended target. Aim to keep your feet minimally spread with both hands on the gun and remember to use your hips to move your upward body, which should be kept in a stable position.

Learn to swing the gun first and mount (bringing it up to a shooting position) before aligning your sight with the intended target.  After experience and increased training, your natural instincts should start to take over, allowing you to efficiently swing, mount, and point (rather than aim) at a sighted target.

3. The importance of fitting – Your gun is of course a powerful tool, but it is also a fine example of engineering, and fitters make an important contribution to improving the gun’s accuracy, which in turn will help you to get the most enjoyment and satisfaction out of the sport.

If a shotgun is not fitted to the user’s face, it will result in the shooter being placed at an unnecessary disadvantage and will remove an element of fun from the sport. The way to tell if you ned to take your gun to a fitter is, from a distance of 16 yards, swing, mount and point your gun before firing at a circle target. If this exercise shows that the firearm is off center, you should take it to a reputable fitter in order to fix the issue.

4. Good tempo – If one learns proper form but experiences a ‘bad streak’ of target hitting, he or she should consider changing the tempo of their form by taking more or less time to swing or shoot ahead of a moving target.  Considering the success of skeet shooters is measured in milliseconds, you can quickly see that tempo is extremely important.

Confidence is an important attribute in any sport, provided it is channeled productively, and skeet shooters are no different to any other sportsman in that respect. Sometimes, shooting clay pigeons doesn’t automatically improve your shooting in itself, so consider taking a lesson or two from a certified specialist.  One, small tip could greatly improve aspects such as respective posture and help you gain the confidence to develop your understanding and help to boost your enjoyment of skeet shooting as well as raise your performance level a notch or two.

For less than $500, a curious hobbyist can better inspect the excitement and satisfaction related to skeet shooting.  In addition to friends met and time invested in an enjoyment, some practitioners report an increase in agility related to eye-hand coordination as well as improved concentration regarding tactile tasks.

This is article is courtesy of Ammo.net, check out the company’s website here.