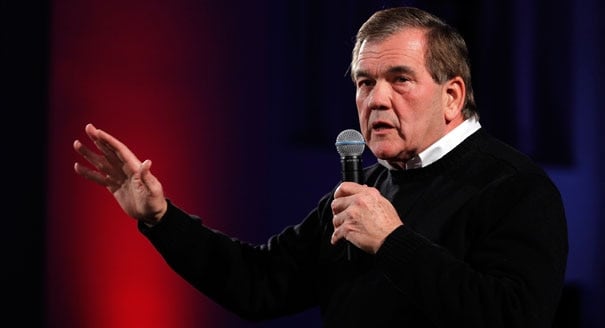 “When I signed on as an advisor to Everytown, I looked forward to a thoughtful and provocative discussion about the toll gun violence takes on Americans,” Ridge told The Daily Caller.

Everytown, backed financially by former New York City Mayor Michael Bloomberg, is projected to spend upwards of $50 million in an effort of curbing gun violence before the beginning of the 2014-midterm elections. The group’s platform includes taking on the National Rifle Association and other gun rights groups on issues like universal background checks, domestic violence, suicide prevention and safe storage of guns.

Citing his reasons for parting ways, Ridge said, “After consultation with Everytown, I have decided that I am uncomfortable with their expected electoral work. Therefore, we have decided that we will pursue this issue in our separate spheres.”

Ridge’s tenure with the gun control group seems to be very short lived, with his placement on Everytown’s advisory board only announced last week. As such, he was one of the few well-known Republican members of that organization. Former Chairman of the Joint Chiefs of Staff Adm. Michael Mullen, another member of the Bush White House inner circle, remains on Everytown’s board.

“Our organization represents the views of the majority of Americans who support reasonable laws to keep families safe,” Erika Soto Lamb, communications director for Everytown, said in a statement to Guns.com.

“When necessary that will mean taking on the gun lobby in state capitols and at the ballot box. We are disappointed that Gov. Ridge is uncomfortable with our expected electoral work, but our efforts at electing candidates working to end gun violence remains a key part of Everytown’s mission,” Lamb said.

For the NRA’s part, they have directly and openly responded to Everytown’s launch in a series of ads premiered at this past weekend’s annual convention.