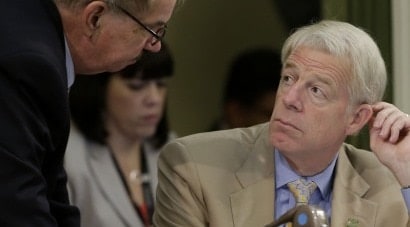 Assemblyman Roger Dickinson,(D-Sacramento) wants to close what he sees as the ‘loophole’ that is the single shot exemption for handguns in California. (AP Photo/Rich Pedroncelli)

A bill that passed the California state Assembly last week would break the popular practice of the ‘single shot exemption’ for modified semiautomatic handguns not on the state’s approved roster.

“AB 1964 will ensure that all handguns purchased through a dealer in California are handguns which meet all safety and firing tests and contain all state required handgun safety features,” said  Assemblyman Roger Dickinson (D-Sacramento) sponsor of the bill, in a statement.

“By limiting the guns available for sale we can further protect our families and our communities from gun violence,” he added.

Dickinson maintains that the current law, which allows a gun shop to convert a semiautomatic handgun not currently on the state’s approved roster to fire single-shot only (no semiautomatic reload of a bullet in the firing chamber), typically through use of a magazine plug and extended barrel, is a loophole.

His bill would limit the guns eligible to be converted to “break top or bolt action.” Further, the bill would require any gun that has been converted to meet all of the same testing requirements on the state’s semiautomatic handgun list. Guns must also retain the current requirement to have a barrel of no less than 6-inches and an overall length of no less than 10.5-inches. 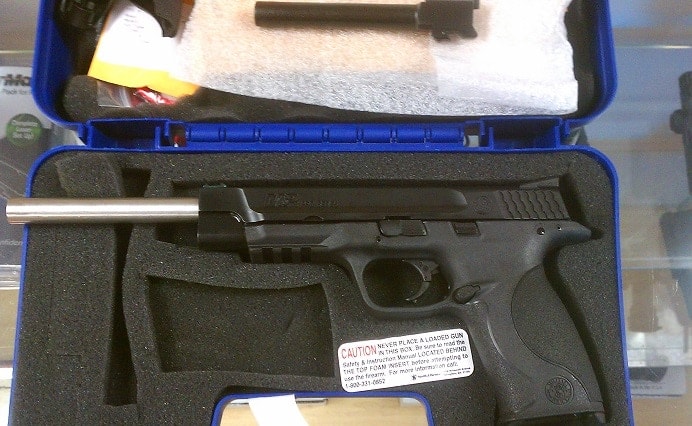 A Smith and Wesson M&P with a California-legal single shot kit installed, note the longer barrel length over the standard barrel shown above near the top of the gun. (Photo credit: Calguns)

Both the National Rifle Association and the California Association of Federal Firearms Licensees (CAL-FFL), however, oppose the legislation.

“AB 1964 does not address any legitimate public safety problems,” stated a release by the NRA’s Institute for Legislative Action.

“Criminals are not buying single shot handguns from firearms dealers to commit their crimes,” it continued. “By further banning common handguns from civilian use, AB 1964 violates the Second Amendment, and is likely to add to the litigation for which the State is already embroiled.”

The lawsuits mentioned include a number of actions brought by firearms industry groups and makers over what they claim to be overly harsh regulations for semiautomatic handguns in California.

After clearing the state Assembly by a vote of 48-25 on April 24, the bill is now headed to the state Senate for further consideration.