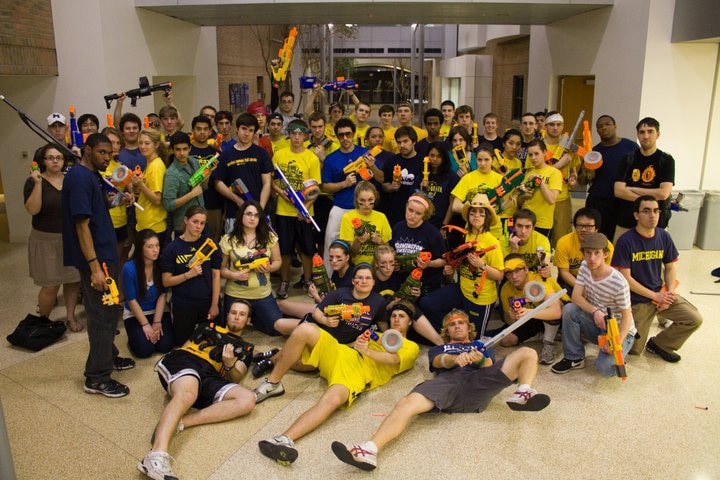 The game, also known as Senior Shoot Out, has become somewhat of a tradition over the last three years for Wausau West High School Seniors, but is not sponsored or endorsed by the school, local media reports. The game simply involves multiple teams with four players per team, each player trying to take out opponents by shooting them with soft-tipped Nerf darts.

However, when some local residents saw one group of kids in a car pull up to another group in a separate car and take aim with their Nerf guns last Tuesday night around 9:45, police received a frantic call declaring three armed and dangerous teens on the loose.

Officers responded immediately and, according to the information which they had received, believed at the time that the weapons were real.

“Our dispatch said there were three people with firearms. So we had to respond appropriately. We wanted to do everything as safe as possible for us and for the citizens in the area,” said Capt. Ben Bliven, spokesman for the Wausau Police Department.

However, once they arrived on the scene, officers quickly realized that the “weapons” were simply Nerf guns. 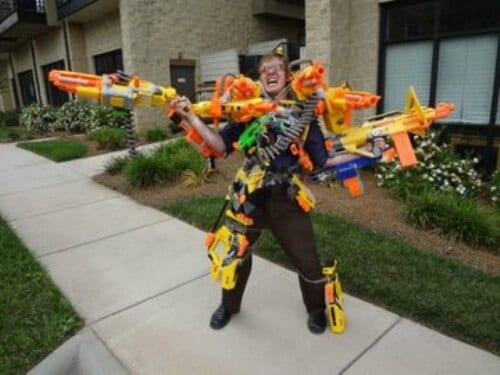 Nonetheless, the six teens involved were still issued citations for disorderly conduct, but the police department later clarified in a written statement aimed at the media, that the citations were issued due to the disturbance that was caused in the neighborhood, not necessarily the use of the Nerf guns themselves.

Opinions are split on whether the teens’ actions warranted the citations.

“It traumatized my kid. He didn’t sleep last night, he didn’t sleep well at all,” said Scott Hansen, whose son was involved in the Nerf gun incident.

“I just think at that point it got a little out of hand. Then the issuing of citations was really out of hand,” Hanson added.

However, the district’s director of pupil services, Jeff Lindell, said that the school has dealt with the game, which “keeps evolving,” in the past. In fact, letters were passed out just a week prior to the incident warning both parents and students that any complaints received associated with the game will “be investigated and handled accordingly.”

Although the students involved in last week’s incident were not going to be suspended from school, the teens were still facing athletic probation and other penalties.

Nonetheless, the principal at Wausau West High School, Jeb Steckbauer, felt the students were relieved once the citations – and the accompanying $240 fines – were dropped.

“They said they weren’t intending to do anything wrong, but they understood why things happened the way they did,” Steckbauer said.

“Certainly we want them to have fun, but I don’t want them to get themselves in a spot that they didn’t intend to go,” he added, also stating that he hopes the students will learn a lesson from the incident.