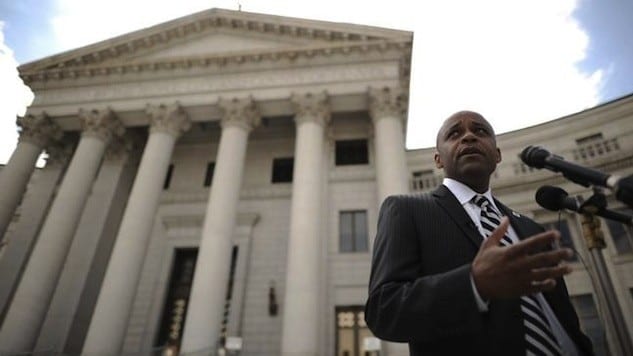 A new policy gives Denver dignitaries a priority police response after an October incident with the mayor where authorities took over 35 minutes to respond to a burglary.

Denver Mayor Michael Hancock called the police to report a burglary, but after waiting for more than 35 minutes for officers to show up, his staff placed a complaint to the police department. After the complaint was made, a patrol unit was immediately dispatched, the dispatcher was fired, and policy change was made to “ensure appropriate awareness,” Denver Post reports.

The policy change, which came into effect last December, mandates that any Denver police dispatcher must notify their patrol supervisor whenever they receive a call for service from “Federal, State or Local Dignitaries (such as the Mayor or Governor) or personnel within their office.”

But according to Director of Communications Daelene Mix, the new rule wasn’t a reaction to the Mayor’s complaint, but a means to ensure patrol supervisors are made aware whenever a dignitary is in their jurisdiction.

“It was done to ensure appropriate awareness,” Mix said. “It makes sense that patrol supervisors should be informed when a dignitary’s safety may be compromised, as dignitaries move all over the city and patrol supervisors are rarely aware of their location unless notified.”

Traci Rhodes was the dispatcher who handled the call and although she was fired April 9 for violating policy that required her to “assess each incident and recognize its importance by viewing it through the customer’s perspective,” she maintains the burglary was cold and that she acted appropriately.

“I thought for cold reports I was supposed to hold for a precinct car to ensure precinct integrity and to eliminate officers running across districts,” Rhodes said in a recent interview.

Gloria Glideen, a former Denver dispatcher of 15 years, said that in all her time on the job there was never a policy mandating enhanced service or priority response for dignitaries.

“Of course, if the mayor’s office has something going on that involves threats or bodily harm or a problem that will affect the city in any way or their operation, absolutely you need to send a car,” Glidden said. “But I don’t think they should come above and beyond what a normal taxpaying citizen asks for in terms of help.”

According to Rowena Algeria, Hancocks’ director of communications, the mayor’s office neither sought the policy change nor Rhodes’ firing.