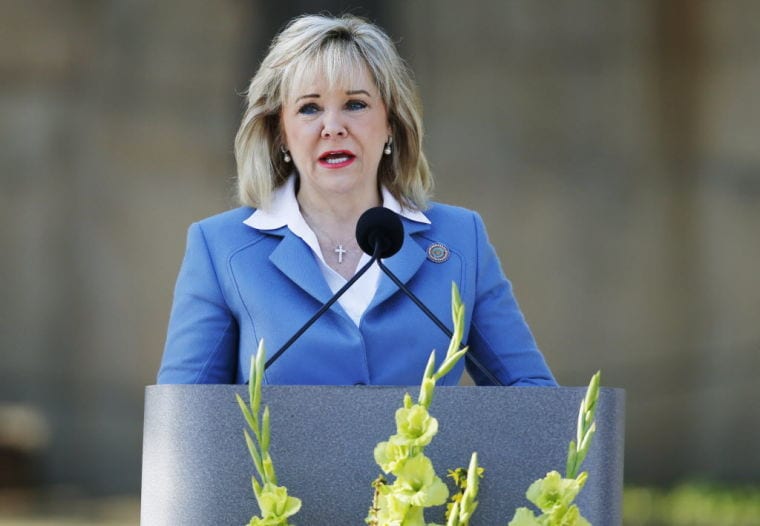 The bill would have made it easier for gun owners to legally obtain National Firearms Act-regulated items by making it mandatory for local law enforcement to approve legal paperwork for law-abiding citizens — a key part of the process.

Almost universally accepted by state lawmakers, the measure had passed unanimously in the Senate and cleared the House by a 92 to 1 vote on April 23.

“Unfortunately, our progress has stalled here at the Capitol,” Fallin said during a press conference announcing that she had vetoed 15 House bills that, in her opinion, addressed “minor issues.”

The bill that would have mandated ‘shall certify’ for NFA items was among this group of bills.

The vetoed bill, HB 2461, would have required the local Chief Law Enforcement Officer, or CLEO, to process all required documents by those intending to purchase NFA-regulated items such as suppressors and short-barreled rifles, within 15-days.

The two-page bill instructed the CLEO verify whether the applicant was prohibited from possessing a firearm by running their information through the FBI’s National Instant Criminal Background Check system.

“Any bill that is passed by a legislature with only one dissenting vote is not a ‘minor issue,” said Knox Williams, president and executive director of the American Silencer Association, who had supported HB 2461. “We are currently exploring all options, and will work to ensure the passage of this legislation this session.”

“This important policy improvement would prevent an arbitrary personal bias from determining Oklahoma firearm policy and ensure that qualified, law-abiding Oklahomans will not be denied their ability to legally possess and own NFA items,” said the NRA in a release following word of Fallin’s veto action.

A number of states are streamlining the so-called CLEO mandate by requiring these law enforcement officers to process applications through a new breed of ‘shall sign’ or ‘shall certify’ legislation.

This month alone governors in Utah, Kentucky, Kansas and Arizona signed legislation that mandates CLEOs approve paperwork within a limited period of time unless the applicant is found to be a prohibited person, i.e. felon, mental defective, minor, domestic abuser, etc.

Despite Tuesday’s veto, the NRA pledges that it will be “working tirelessly to ensure passage and enactment of this legislation this year,” which could mean the possibility of an override vote in Oklahoma City. A two-thirds majority of elected members in each of the state’s two legislative bodies is needed to override the governor’s veto.