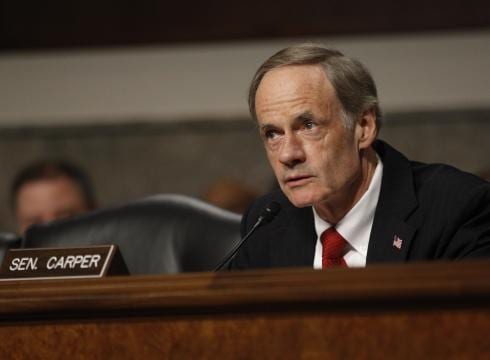 A Government Accountability Office (GAO) report into management of the nation’s ammunition stockpiles found that more than $1 billion worth of munitions are slated for destruction.

The 51-page report, compiled in March, was publicly released Monday and has already enraged some members of Congress.

“There is a huge opportunity to save millions, if not billions of dollars if the (Pentagon) can make some common-sense improvements to how it manages ammunition,” said Sen. Tom Carper, (D-Delaware). Carper served as a naval aviator in Vietnam and currently serves as chairman of the Senate Homeland Security and Governmental Affairs Committee.

In an agreement in place since 1975, the Army serves as the Department of Defense’s (DOD) manager of small arms ammunition. Most of this $70 billion ammunition cache is stored in a series of eight Army depots that have about 30.5 million square feet of storage space and, as of August 2013, housed 1.7 million tons of conventional ammunition belonging to all of the military services.

The study found that of the various military branches only the Army has a modern inventory management system to account for its stockpile, which the systems of the Navy, Air Force and Marines cannot interface with.

As explained in the report, the services meet annually to discuss their current inventory levels and any surpluses they have at what is called the Quad Services Cross-Leveling Review. There, for instance, should the Army have surplus munitions that the Marine Corps can use, a transfer or sharing of ammo is arranged.

In 2012, approximately 44 million “items,” of which 32 million were classified as small-caliber items such as ammunition for machine guns or pistols, were transferred across the services following the annual review. The other 12 million items included demolition materials such as detonation cords, fuses and pyrotechnic initiators, and ground defense items such as grenades. 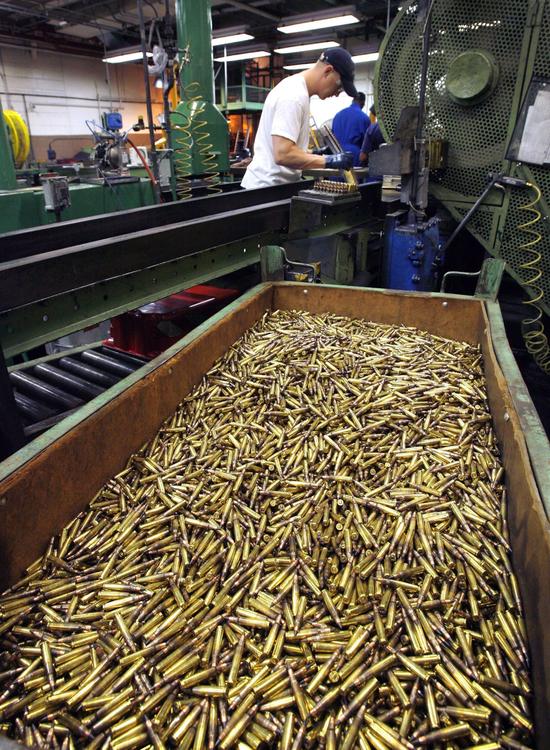 The Army, through its system of ammunition plants and contractors such as ATK’s Lake City plant, shown here, is the primary manager for the DOD’s small arms ammo. (Photo credit: John Sleezer/The Kansas City Star)

While the report states that the Defense Security Cooperation Agency (DSCA) screens any surplus inventory that is not redistributed at this annual meeting for foreign military sales, much of it never leaves the country. According to the DSCA’s database (xls), the last sale of surplus ammunition to a U.S. ally was a transfer of 1.4 million rounds of mixed ammunition in sizes from .22LR to 90mm to Lebanon in 2010 for $179,825.

Shockingly, the report contends once the review and swap is over for the year, and the DSCA transfers what it can to allied nations, the remainder of the ammunition is slated for potential disposal and written off — even if it is still usable. This has led to a growing stockpile of surplus munitions calculated at 557,000 tons, representing a $1 billion liability.

Further, the Army, up until last month, did not grant the other services inventory information about its stockpile of surplus missiles, even though several types such as the Hellfire and Javelin are also used by the other branches.

To this the GAO states, “There is risk that the services may budget for funds to procure new supplies of conventional ammunition to meet a requirement when the ammunition items already are available in the DOD inventory but categorized for demilitarization or disposal.”

This has some in Congress seeing red.

“We simply cannot afford this type of waste and ineffectiveness,” Sen. Carper said. “The (Pentagon) has a responsibility to efficiently manage its ammunition stocks, not only because it is important to be fiscally responsible, but also because our antiquated ammunition inventory systems can shortchange our war fighters and compromise their ability to complete their mission.”

The GAO, for its part, is recommending that the all services move to the Army’s inventory management system to streamline ammunition stockpile information among a number of other improvements. These include having the Army share data about unclaimed surplus munitions categorized for disposal as well as allow the other services information on its missile inventory, which it promises to implement by the end of 2015.