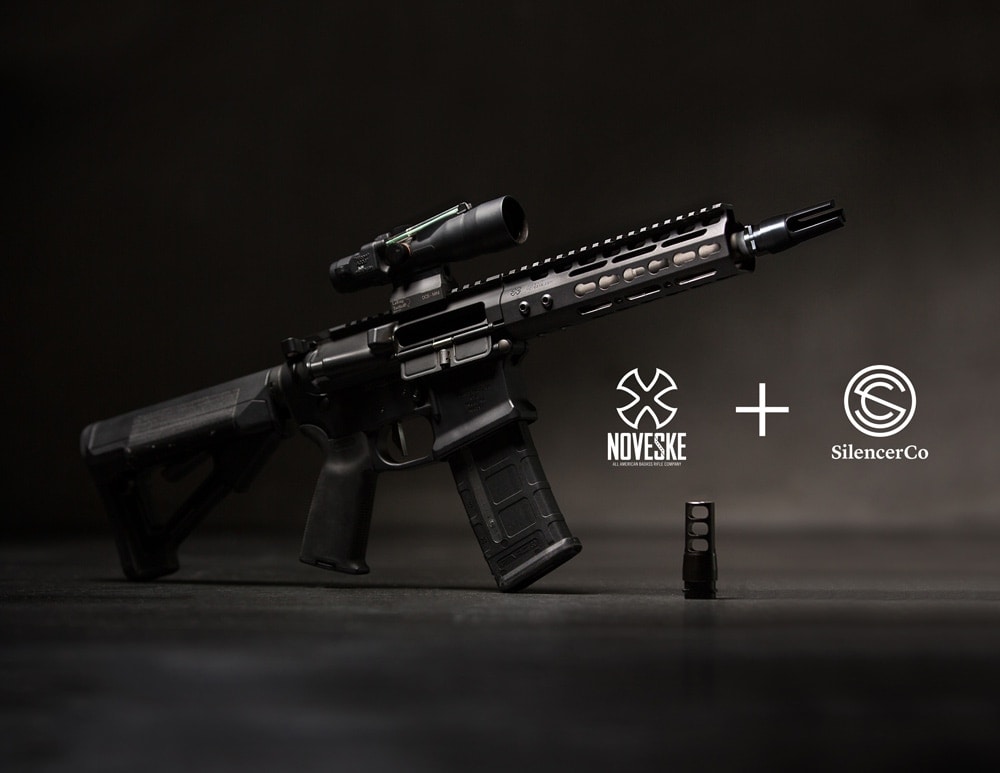 SilencerCo and Noveske Rifles announced today that they have joined forces in an effort to “make the best rifles in the world even better.”

From here on out, Noveske rifles will feature a SilencerCo muzzle device. They’ll be equipped with either a Trifecta RS flash hider or muzzle brake — either way you go the rifle will be silencer-ready.

“The partnership was born of a mutual dedication to performance, craftsmanship, and attention to detail,” SilencerCo said in a news release. “SilencerCo and Noveske share a focus on quality in order to make sure that their loyal and discerning customers receive the very best products possible.”

To kick off the official partnership, the companies auctioned off the first Noveske rifle with SilencerCo muzzle device at the National Rifle Association annual convention. The rifle featured a 8.2-inch barrel and was chambered in 300 BLK, and besides winning the rifle, the lucky winner got some night optics and a hog hunt in Texas.

The Utah-based company SilencerCo formed in 2008 and has been a major contributing factor in the burgeoning silencer industry. A couple years ago, the company launched the interactive website “Silencers Are Legal” to market and promote the idea of owning the suppressors around the country. While the process is still arduous, the effort and legal rights are more well-known.

Noveske is an Oregon based company that launched in 2001. The company, which has a knack for marketing and design, specializes in AR-style rifles, barrels and other accessories.

Also at the NRA convention, Noveske announced that it paired with Nosler Ammunition to create the Noveske Ammunition, ammo specifically tuned for Noveske rifles. It’ll be available in 5.56, 300 BLK, and 7.62.

Customers can expect future collaborations between Noveske and SilencerCo to include short barreled rifle and silencer combinations starting this year. No word on price yet.