Leo Sharp is an 89-year-old World War II veteran and Bronze Star recipient who specializes in horticulture. He’s also responsible for hauling hundreds of pounds of drugs for the Sinaloa Cartel, and he’s hoping to avoid going to prison on his 90th birthday.

Sharp, who is an Indiana native, was first arrested in 2011 after Michigan State Police caught him driving with more than 200 pounds of cocaine. He plead guilty last fall and admitted to transporting a total of 1,400 pounds of drugs, but said he only did it because the Sinaloa Cartel threatened to kill his family if he didn’t cooperate. Now Sharp faces prison time, but his attorney argues that home confinement would be more appropriate under the circumstances, Yahoo reports. 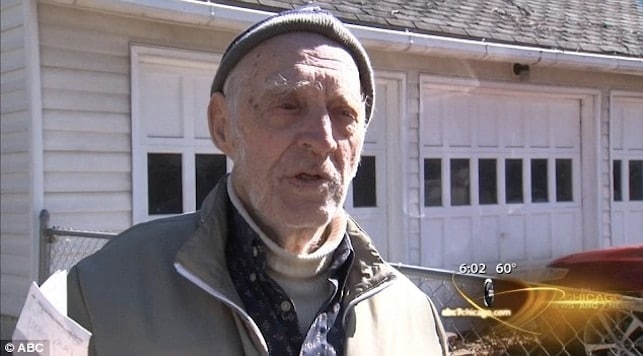 Leo Sharp plead guilty to transporting drugs for the Sinaloa Cartel, but said he only broke the law because they threatened to hurt his family if he didn’t cooperate.

“He is a colorful, self-made, charitable man who has worked hard throughout his entire admirable, extraordinary, and long life,” wrote Sharp’s attorney, Darryl Goldberg. “Mr. Sharp made a monumental mistake at a moment of perceived financial weakness, and was exploited and threatened, but his conduct in this case was truly an aberration from a law-abiding life.”

His character attributes aside, Goldberg pointed out that if Sharp were to be incarcerated in a penitentiary, his dementia and many health problems would add an undue financial burden on the government.

Sharp was awarded a Bronze Star for his service during WWII and said he was “dreadfully sorry” for illegally transporting drugs. He faces at least a ten year sentence and federal prosecutors will soon decide whether he will spend his time behind bars or at home.