A drunken New York Police Department officer was arrested after opening fire on a stranger stopped at a Westchester County stoplight Tuesday night. 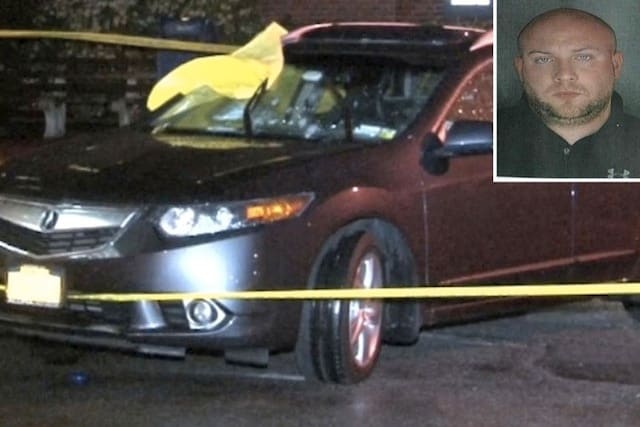 NYPD Officer Brendan Cronin fired 13 rounds at a car stopped at a stop light, but said he was too drunk to remember it.

NYPD Officer Brendan Cronin, 27, was off-duty and had spent much of the night drinking with friends at City Island bar. Sometime around midnight he got in his car and drove away. While at a stoplight, he waved his 9mm handgun out the window before firing 13 rounds into an adjacent car, striking the passenger six times. Cronin was later arrested, but claims he was so drunk he doesn’t remember a thing, CBS reports.

The victim was struck in the torso, arm and hands and was transported to Montefiore New Rochelle Hospital and was listed in stable condition.

According to New York post, a witness who called 911 said the shooter, Cronin, was driving with his hazards on. That information helped responding officers to track him down, and after a brief yet intense standoff, Cronin gave himself up. He later claimed he blacked out from drinking so heavily and couldn’t remember the shooting. 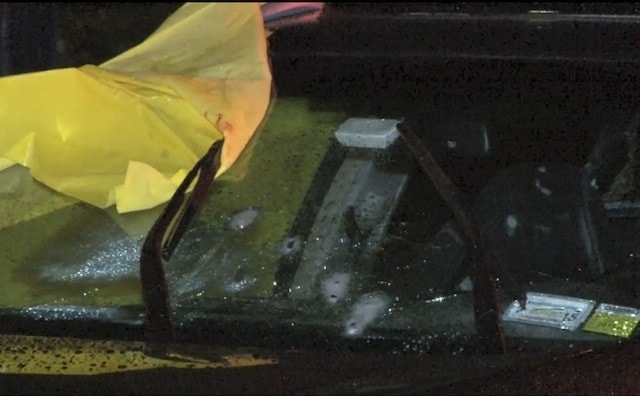 The passenger was struck six times and was transported to an area hospital to be treated for his gunshot wounds.

According to Pelham Police Department Chief Joseph Benefico, the incident was “dangerous and bizarre.” The police chief also stated they have yet to establish a motive or determine “any link between the two persons.”

Cronin was charged with first-degree assault and has been temporarily relieved of his duties.