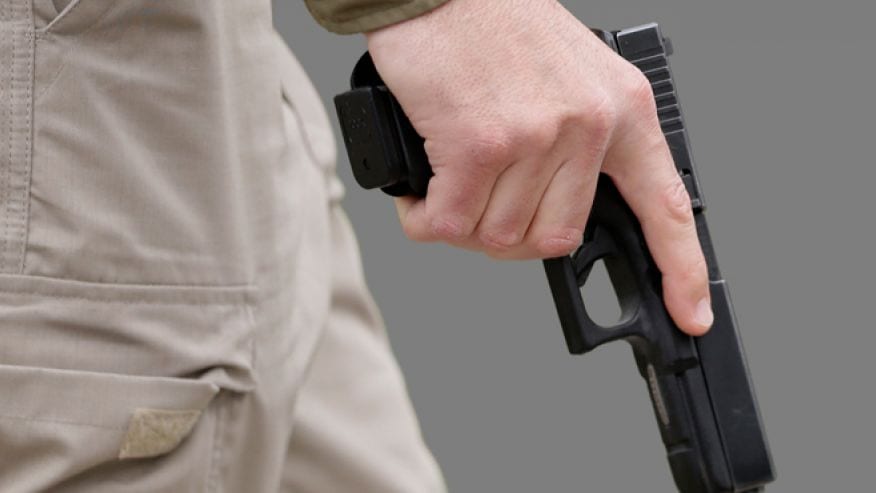 Economist and political commentator John Lott has once again been crunching numbers and in an article published this week for the National Review takes a look at how the Violence Policy Center “cooks the books” in an effort to prove the dangerousness of concealed carry permit holders.

While the Violence Policy Center claims to work for “research, investigation, analysis, and advocacy for a safer America,” Lott says that the center’s claim against concealed carry, which is regularly published through a report titled “Concealed Carry Killers,” uses inaccurate information and miscalculated math to arrive with cherry picked statistics.

For example, the latest report indicated that over the last seven years – from May 2007 to March 2014 – concealed carry permit holders, referred to by the center as “concealed carry killers,” have been responsible for the deaths of 636 people. The data is then broken into categories of the type of victim, including private citizens, law enforcement officers, mass shooting victims and those involved in murder-suicides.

However, the report fails to indicate how many of those killed resulted from an act of self-defense. And even self-defense killings are more often than not classified as homicides, simply meaning that the life of one person was taken by another person. And although sometimes these shootings are eventually ruled as justifiable homicides, not all law enforcement agencies make that determination in their reports.

Just as every murder in the country is not always reported, homicides which are determined to be justifiable don’t always make headlines either – which could prove to be a problem when the media is used as a primary source in obtaining data for the center’s report.

Furthermore, the report itself states, “No comprehensive data exists on non-self defense killings by private citizens legally allowed to carry concealed handguns… These examples are only an unknown fraction of the unreported number of similar incidents that routinely occur across the nation.”

According to the center, the data in the report is taken not only from nationwide news stories from multiple media outlets but also from “limited state data available.”

Lott explored that limited data, looked at how it affected the overall outcome as well as reviewed some questions raised from the state data.

In one such example, suicides in the state of Michigan accounted for 185 of the 636 total deaths. And while suicide in relation to gun laws or any other type of gun control is an issue all by itself, “Surely some alarm bells should have gone off, with Michigan suicides supposedly making up 29 percent of all 636 deaths nationwide the VPC attributed to permitted concealed handguns,” Lott wrote.

But then Lott delves even deeper into the subject and reveals that, according a report from the Michigan State Police for July 2011 to June 2012, the documented suicides among concealed carry permit holders in the state do not even reveal the exact manner of death. In other words, the report simply indicates how many suicides in the state were committed by permit holders, with no determination as to whether or not a firearm was even used in the suicide.

With an overwhelming 83 percent of those 636 listed as being killed by concealed carry permit holders being suicides, red flags are definitely raised with such information.

Nonetheless, “Typically suicides — with or without guns — take place at home. So, again, what would these numbers have to do with the concealed-carry debate?” Lott proposed. 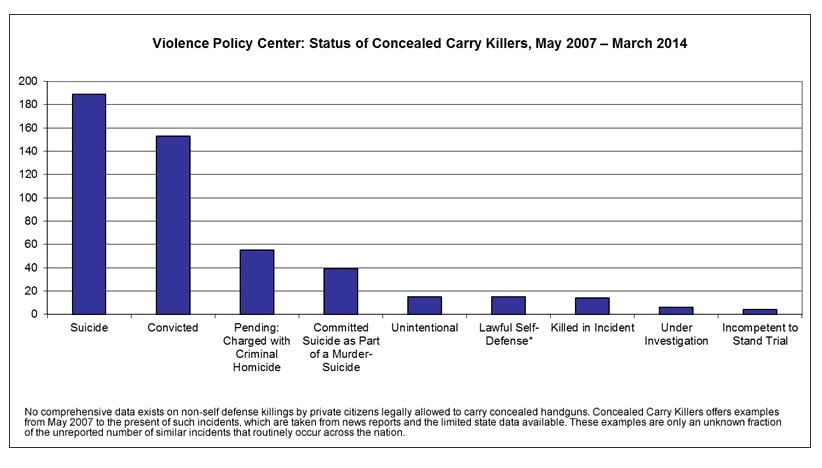 Lott then looks at the miscalculated math of the Violence Policy Center, which he calls “numerical nonsense,” claiming that in some instances they triple counted the same case, resulting in upped – and inaccurate – numbers.

In conclusion, assuming that the information provided by the Violence Policy Center is completely accurate and correct, without undermining any deaths, statistically speaking, victims of “concealed carry killers” are relatively low and wouldn’t even begin to make a glitch in CDC statistics even if completely eliminated.

In fact, by Lott’s math, with more than 11 million active concealed carry permits issued in the entire country, only 0.00083 percent of permit holders are responsible for deaths each year. Removing suicides from that equation brings the rate even lower, to 0.00058 percent.

Meanwhile, researchers at the Crime Prevention Center, which Lott belongs to, are determined to not only reveal what they believe are botched statistics such as these, but to provide better information to the public through unbiased research.

Lott, who explores the issue of gun control not through a Constitutional standpoint but through simply crunching numbers and looking at factual statistics, says, “The bottom line to me has always been what’s going to save the most lives?”