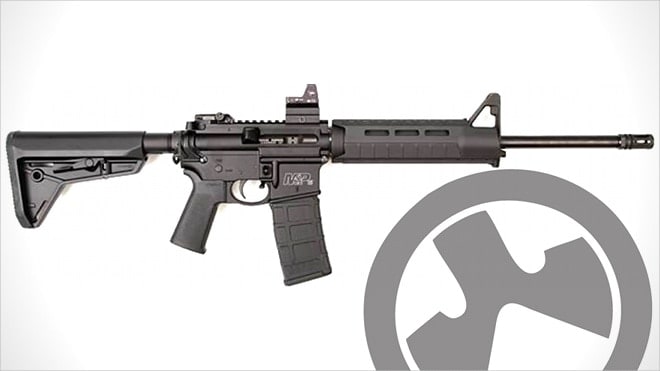 On the heels of the last announcement, M-Lok, a new standard for mounting accessories, Magpul is launching a new style of polymer furniture for AR-15-type rifles that features the new mounting system, as well as several new magazines.

The new furniture is called the “Slim Line,” and it picks up where the MOE left off. Designed for more modern combat theory, the Slim Line takes a minimalist tack that builds on the MOE foundation with a new look and new features.

The MOE SL accessories, currently a carbine-length hand guard, smaller-profile grip and slender butt stock, cater to users looking for lighter, more maneuverable rifles. The pistol grip has a more vertical cant, similar to the MOE-K grip and the hand guard is extended around the front sight block for a tight, aggressive grip that allows the user to grab the rifle further forward up front.

The MOE SL stock features quick-detach sling points on both sides and a rolled toe for purchase when shouldered higher up, or for users wearing body armor. It also has two sling loops for 1 1/4-inch slings.

Magpul’s new hand guard has three rows of M-Lok accessory mounting slots, one on each side and another along its 12-o’clock. Wings at the front of the hand guard wrap all the way around the gas block and provide a slight grip stop. The hand guard still lets users mount barrel lug accessories and is designed to work with common gas piston systems. It has an integrated heat shield as well. 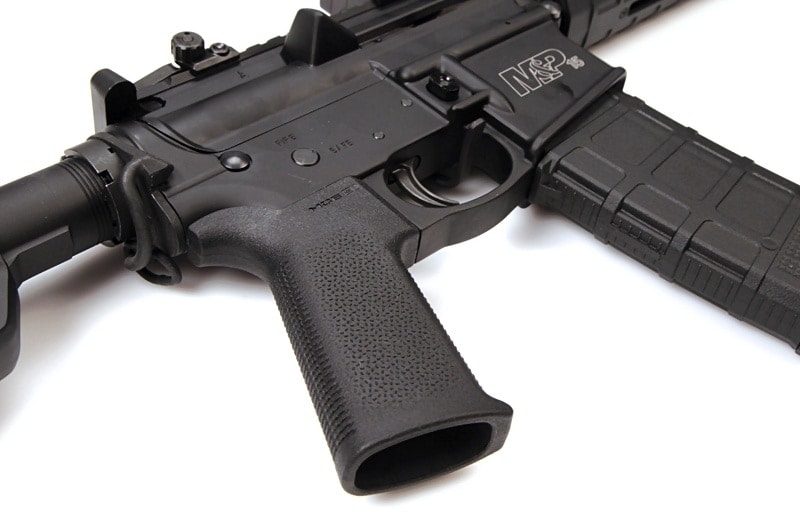 The pistol grip that whispers, “Hold me.”

The grip is a departure for Magpul. It’s hollow but no longer houses an accessory compartment, but it is hollow to cut ounces.

These new accessories are very affordable, with MSRPs for the stock, hand guard and grip at $59.95, $29.95 and $19.95, respectively. Like all Magpul products, real-world pricing should be significantly less.

The Slim Line series has one more thing going for it: it’s different. At this point the original Magpul MOE series has become as common, even standard, as A2 furniture is in the AR world. With these accessories Magpul is offering customers a new look with the build quality and performance people have come to expect with the MOE brand.

The windowed PMAG is its highest-capacity AR-10-style magazine and will carry a suggested price of just $22.95, which is very competitive with other SR-25-pattern magazines on the market. Additionally Magpul now offers “Minus five” and “Minus 10” magazine capacity limiters for its .308 PMAGs to make its magazines compliant with hunting restrictions.

The AUG magazine is a nice surprise. Factory Steyr AUG magazines can be expensive, but more importantly, they can sometimes be very difficult to source. Now AUG users can easily benefit from all the features of Gen M3 PMAGs in a configuration that’s native to its rifle. Also, they’re priced right at $19.95.

Magpul’s departure from its home state of Colorado doesn’t seem to be slowing the company down one bit with all the recent product launches.