Mark Glaze steps down as executive director of Everytown (VIDEO) 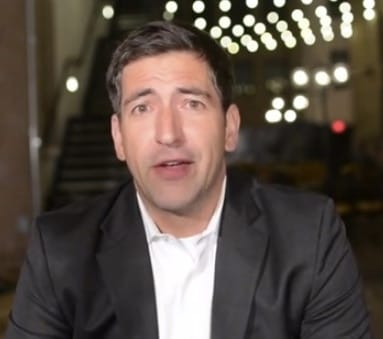 Mark Glaze, the former executive director of Mayors Against Illegal Guns. He will be pursuing consulting opportunities elsewhere, according to Reuters. (Photo by MAIG)

The executive director of Everytown for Gun Safety announced on Wednesday that he would no longer be serving as the group’s leader, Reuters reports.

“It is time for me to hand off the fight to somebody else,” said Mark Glaze, 43, who signed on to head Mayors Against Illegal Guns in 2011, the pro-gun control organization co-founded by former New York City mayor Michael Bloomberg.

“The issue is unbelievably important to me,” he continued. “But it’s a tough issue and a tough grind. And there’s a point where you feel you’ve done all you can do.”

Quite recently MAIG joined forces with Moms Demand Action for Gun Sense in America, a grassroots coalition of mothers, faith leaders, politicians and survivors of gun violence, to form Everytown for Gun Safety.

On the heels of the announcement of the new gun-control supergroup, Bloomberg promised to spend $50 million to help the group achieve it’s goal of tightening federal and state gun laws.

Glaze was said to be instrumental in the merger of the two groups. And given that Everytown now has $50 million to spend on achieving its central objective, enhancing background checks to cover private sales, it’s at the very least interesting that he’s leaving at such a critical juncture — but it appears he’s got consulting gigs lined up elsewhere.

“I think I’ve learned a lot about how to run a simultaneous national and state issue campaign on very difficult issues against very tough opponents,” he told Reuters. “And I think there are other organizations who are fighting similar fights who could use the help.”

Guns.com reached out to Everytown for comment on Glaze’s departure.

“All good things must come to an end and we are grateful for Mark’s leadership during a time of incredible growth in the movement to prevent gun violence,” said Erika Soto Lamb, a spokeswoman for the group in an email.

“During his three years with Mayors Against Illegal Guns, we celebrated important advances in our fight for reasonable reforms in D.C. and in state capitals across the country,” she added.

“Everytown will continue to be led by our president John Feinblatt. He was previously chairman of Mayors Against Illegal Guns and continues to serve as Mayor Bloomberg’s chief policy advisor on gun issues,” Lamb said.