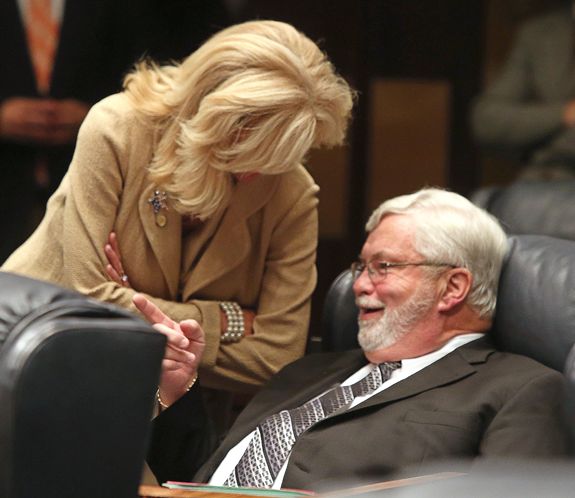 A bill to allow law-abiding citizens without concealed carry permits to bear arms during declared mandatory evacuations was effectively killed in the Florida Senate Thursday.

Its sponsor shelved the legislation after an amendment was attached to it that only granted powers to evacuees for a 24-hour period. The measure had previously endured an uphill fight to get through the House and a series of Senate committees.

“(The amendment) makes it a felony if you’re a minute late after the evacuation,” Florida Sen. Jeff Brandes (R-Petersburg), the bill’s sponsor, said Thursday. “It makes the bill anti-Second Amendment. It defeats the whole purpose.”

Brandes’ bill, SB 296, would allow a person to carry a concealed firearm, as long as they are able to lawfully possess that firearm, without a permit to do so during a mandatory evacuation order following a declared state of emergency.

Despite the fact that the state has suffered 63 tropical or subtropical cyclones since 2000, the measure was met with resistance by the Florida Sheriff’s Association and even mocked by one senator who tried to rename the legislation “An act relating to the zombie apocalypse.”

With the end of the current session just around the corner, Sen. Jack Latvala, (R-Clearwater), proposed an amendment to limit the time period that evacuees could bear concealed weapons without a permit to 24-hours or whenever they reached their destination, whichever came first.

Once the amendment was attached, Brandes tabled the bill to the Special Order Calendar, effectively killing it.

“It just provides a reasonable limit,” Latvala said, after his amendment was attached to the bill following a 23-15 vote.

Gun-rights groups had supported the original legislation and were dismayed at the latest development.

“The intention, all along, of the Florida Sheriffs Association was to kill the bill,” said Marion Hammer, founder of Unified Sportsmen of Florida (USF) and the National Rifle Association’s lobbyist in Florida, to Guns.com.

“With the help of Sen. Jack Latvala (R-Clearwater) and a handful of Republicans who generally claim to support the Second Amendment but obviously don’t, they succeeded,” she said, adding, “Sometimes you have to lose in order to identify the real enemies.  This was one of those times.”

While several states have passed legislation in recent years, including hurricane-prone Mississippi and Louisiana that would prohibit the seizure of guns during disasters, the Florida bill was largely unique in its scope in providing temporary Constitutional carry abilities.

Brandes states that he will not reintroduce the Florida bill this session.

As for Hammer, she’s not too pleased with the Florida Sheriffs Association.