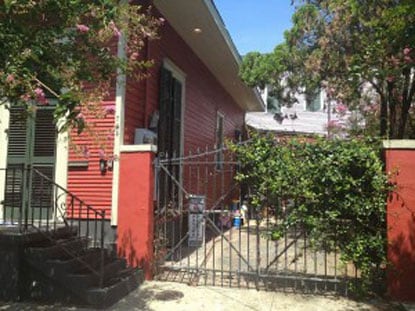 Part of the problem Landry faces is the fact that he found Coulter outside of his home – not inside – before he pulled the trigger. (Photo credit: The Times-Picayune)

Following a long recovery after being shot in the head during an apparent burglary attempt in a New Orleans neighborhood last July, the same teen boy was arrested Friday after breaking into a home in the same neighborhood.

Police arrested 15-year-old Marshall Coulter at about 3:45 p.m. after a man returned home to find Coulter in his house.

A local Fox affiliate reported that Christopher Starnes, who owns a restaurant next to the home where the attempted burglary occurred, saw Coulter going through his neighbor’s mailbox and told him to leave. Starnes then went on about his business and left.

However, when Starnes returned, his neighbor informed him that he had been the victim of an attempted burglary.

“The door was open, the homeowner came home and found him inside and was like, ‘Hey, you’re in my house,’ and the kid was like, ‘I didn’t break in. I have a key.’ He’s like, ‘Yeah, that’s my key. You found it in my mailbox,’” Starnes told reporters.

The police were then called and “they sat on the front porch together quietly and waited for the police,” Starnes said.

Nothing was taken from the home, but authorities say a few valuables, including a laptop and a cell phone, were sitting out. Coulter was arrested and charged with simple burglary.

But Friday’s incident was a stark contrast from another incident the teen was involved in just last summer.

When Merritt Landry was awakened in the middle of the night by the sound of his dog barking, he armed himself and went to see what the commotion was about. He found the then 14-year-old had scaled a spiked metal fence and was just feet from his back door.

When Landry confronted Coulter, the teen made a “move, as if to reach for something.” Fearing that Coulter had a weapon, Landry shot him, striking him in the head.

Landry received some backlash for shooting the unarmed teen and later was charged with second-degree attempted murder. Landry was freed on bond, but the case has since stalled in the grand jury.

At the time Landry shot Coulter, the teen was already awaiting trial for “stealing stuff,” according to his family, who says they tried to keep him out of trouble, and is angry that Landry pulled the trigger on a 14-year-old.

Starnes, who told reporters that the teen was slow to talk and had obvious brain injuries of some sort, found out after the fact that he was “the same kid that got shot around the corner.” Starnes’ reaction? “No kidding? Crazy.”