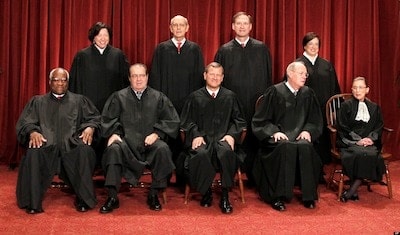 The proposed case would have challenged strict ‘may-issue’ practices. At the center of it was John Drake, a New Jersey ATM business owner, who was denied a concealed carry permit because he could not satisfy the state’s definition of “good cause.”

The Supreme Court did not comment on reasons why it denied the case and is not required to. The orders released today, from Friday’s conference, denied certiorari for more than 100 cases including Drake, while granting to hear two.

Four of the nine justices have to vote for a case to be heard in conference. With 8,000 or so cases submitted annually, only about 1 percent are granted hearings.

“Courts are still uncomfortable with the concept of 2nd Amendment rights,” Gura told Guns.com just after the orders were released.

“We had four vote to rehear the case at the court of appeals, and the justices considered the case at three conferences, but in the end, there is simply no will to enforce the right to bear arms,” Gura said. “At least they issued a decision in Drake, which is more than can be said for Palmer v. DC, our challenge to DC’s total carry ban languishing in the District Court without a decision since October 6, 2009. The absence of a decision in that case speaks as loud as Drake’s outcome.”

Guns.com caught up with Alan Gottlieb from the Second Amendment Foundation at the 143rd Annual NRA Show last month and asked him about the Drake case.

We will continue to update this story as it progresses.