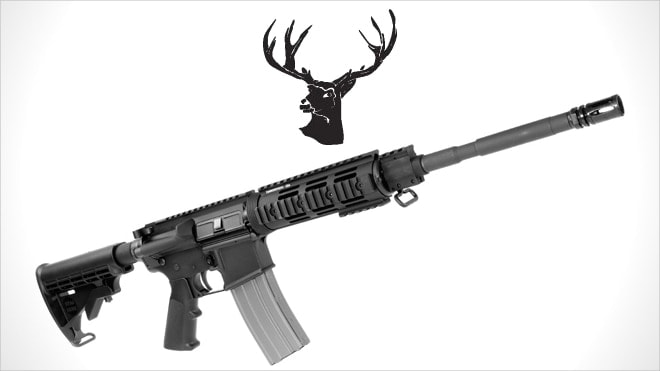 Every day 300 AAC Blackout becomes a little more mainstream as companies continue to develop rifles and ammunition for this increasingly-popular cartridge. Now Stag Arms is helping to establish the cartridge with a run of uppers in 300 BLK for righties and lefties.

Development was pretty straightforward, after all, the most basic thing that needs to be changed for a 300 BLK upper is the barrel. Stag Arms will be offering Model 1, 2, 2T and 3 uppers in 300 BLK for an additional $50.

Stag Arms’ uppers are already some of the more affordable options on the market and even with a $50 bump for parts chambered for 300 BLK that makes these uppers some of the most competitive on the market. This will go a long way to make shooting the new cartridge more accessible to the masses. “A cartridge with a heavier bullet, great ballistics, and already on the shelves of most major stores in the AR-15 platform is ideal for our customers,” said Mark Malkowski, Stag Arms president. “With only the barrel, crush washer, and muzzle device different than a standard AR-15, customers can still use their favorite accessories.”

The uppers will have the same specifications as existing Model 1, 2, 2T and 3 uppers chambered for 5.56 NATO apart from firing 300 BLK. They are carbine-length uppers with 16-inch barrels, 4140 chromaloy steel with chrome-lined bores for durability and increased longevity.

The barrels have a 1-in-7 twist that’s optimized for all common 300 BLK bullet weights. One of the prominent features of 300 BLK is that it can be used with very heavy subsonic loads. It suppresses extremely well and Stag Arms’ uppers are designed to shoot those quiet loads.

They will be fit with A2-style flash hiders with 5/8×24 threads, which is standard for 300 AAC Blackout standard, with other options available including in-house Stag Arms compensators.

Depending on the configuration, uppers will run from about $595 to about $1,070 with all the upgrades, such as Diamondhead or Samson free-floating quad rails, railed gas blocks installed, and accessories like Magpul fore grips install.

Stag Arms also offers all its uppers with EOTech optics and Streamlight flashlights as options as well. Even with the extras these are some of the most affordable 300 BLK uppers on the market, not to mention, the only commercial left-handed uppers available. 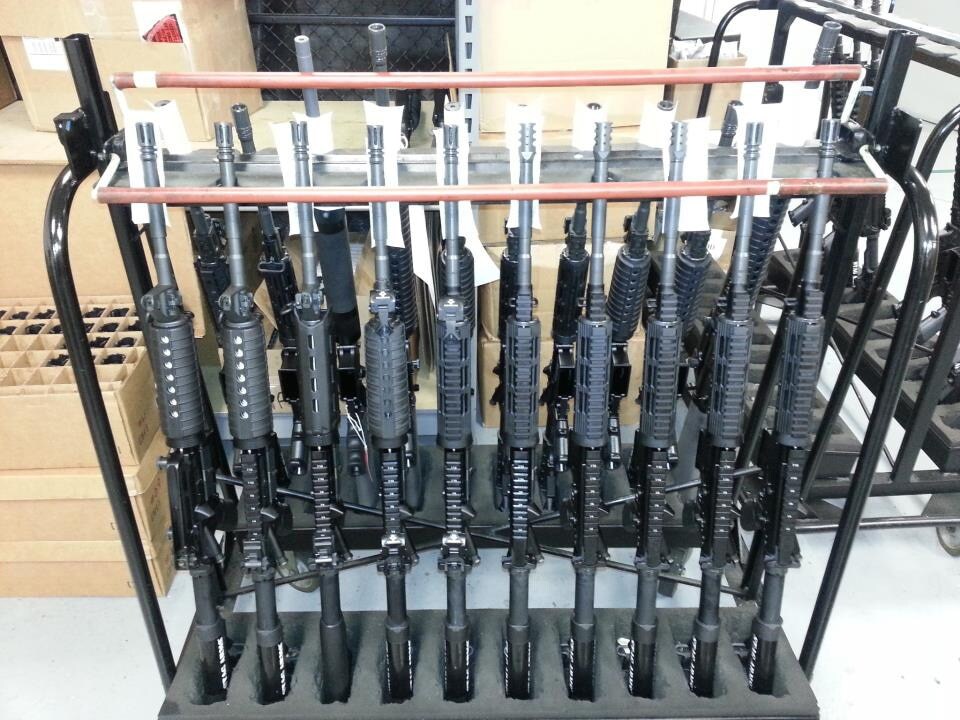 While sub-sonic loads offer submachine-gun energy levels, supersonic 300 BLK muzzle energy is similar to 7.62x39mm ammo, a little lighter than .30-30 Winchester. The cartridge uses 5.56 NATO cases that have been shortened and necked up to accept 7.62mm bullets and generally has very good ballistics, offering more at long ranges than common intermediate cartridges.

Because it uses a heavier .30-caliber bullet, 300 BLK is not just popular with the tactical crowd, it’s becoming a hunting standard as well, turning the AR into a truly all-purpose rifle.

For more details and specifications head over to the Stag Arms website.