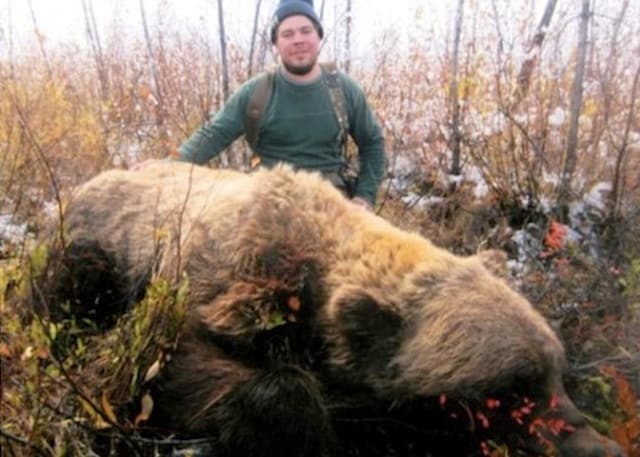 Boone and Crocket announced Friday that an Alaskan hunter set a record for the largest grizzly bear ever taken down by a hunter.

Larry Fitzgerald was hunting near Fairbanks, Alaska, last September when he came across fresh bear tracks in the snow. Hours later he took down the massive animal from 20 yards away with one shot to the neck from his Sako 300 rifle. While he “knew it was big,” he never suspected he would later set a world record, Boone and Crockett reports.

The bruin’s skull measured in at 27-6/16, and was just a hair shy of taking the world record for the largest bear ever recorded, which measures 27-13/16.

“I’m not really a trophy hunter, or anything,” Fitzgerald told FOX News. “But I guess it is kind of cool.”

Richard Hale, chairman of the Boone and Crockett Club’s Records of North American Big Game committee, was surprised such a large grizzly was found in a well-hunted area.

“One would think that a relatively accessible area, with liberal bear hunting regulations to keep populations in lien with available habitat and food would be the last place to find one of the largest grizzly bears on record,” Hale said.

Fitzgerald said the hunt “was a rush.”